I just got back from another successful trip. This trip was unexpected because I got my crew at dinner on my day off. Their original interpreter wanted to be the interpreter for his home troop that was coming the next day, so we made a trade, and I get an extra day off! This crew drove all the way from Memphis, Tennessee for the trip and by the time I got them, they were pretty much ready to go. I didn’t have to pack food or anything. As far as the route, they had that all planned out too. It is a common loop that has been taken by Northern Tier crews since the 1930’s

The first day, our goal was to get to Knife Lake to camp. We started going, and about 2 hours into our paddling, a huge storm rolled in and put us behind almost two hours. After the crew got their first real Boundary Waters weather experience, we moved on. We got to Knife Lake around 6pm, and then the search began for a campsite. WE paddled for almost another 2 hours while checking 15 campsites, until we got one that was available. The campsite we ended up staying at was in the blow down area and looked as if it hadn’t been used in years. We had to do bear canoes that night due to the lack of trees and everybody was exhausted after the 18 miles of paddling we did that day. Also, while we were trolling along, Michael caught a smallmouth bass, and Liam caught his first Northern Pike. They were both really excited to catch a fish on the first day.

The next day we took it really easy and got to our next campsite rally early on Eddy Lake. We portaged by Eddy Falls and got a really sweet secluded campsite on one side of the lake. After lunch we swam, took naps, and the crew worked on their canoeing merit badge. There were ton of rain clouds coming and going all day, but they always seemed to miss us. That day we did a little more fishing, but we didn’t catch anything edible.

The third day was one of the best. We did a solid 10.5 mile paddle to our campsite on Fraser lake. We saw some really sweet cliffs on Kekekabic Lake and even had some luck fishing. When we got to camp we set up, I took a nap, and the boys went fishing. They came back with 2 nice sized walleye that we cooked up for dinner. (sorry, no picture) Anyway, they were really good and they fried up nicely. We had scattered rain that day, but nothing too severe until later. As we were getting ready to go to bed it started raining. We all got into our tents seconds before it started pouring.

The next day we covered over ten lakes and did like 15 portages to get to our next campsite on Ensign Lake. I could really start to see that the crew was getting better at paddling and everything because once again, we got into camp pretty early. After lunch, they went on another fishing trip and Michael came back with a decent sized smallmouth bass. We baked it with garlic salt and lemon pepper, and it was some of the best food I have ever had on trail.

The last day we had 13 miles to go so we made sure to get on water by 8 am. Right as they were packing up, I managed to catch a small northern off the shore. The water on Ensign was like glass and the wind was minimal. We flew across Ensign lake and into the Moose chain, and had to stop at a campsite to waste time and eat lunch, so we wouldn’t get into base before 1 pm. We took naps, went swimming and fishing at the campsite until about 12:30 and paddled into base right on time at 1 pm. After getting everything checked in and getting a nice warm shower, we headed into town to Stony Ridge for some hamburgers. I got the smokehouse burger (8 oz patty with smoked ham, smoked bacon, smoked cheddar, and bbq sauce), and it was amazing. Everybody really enjoyed the time in town and then we headed back into base for rendezvous. Once again rendezvous was great and they all really enjoyed it.

Overall it was a great trip. I’m looking forward to having a couple of days off now and then hitting the water again by Friday. 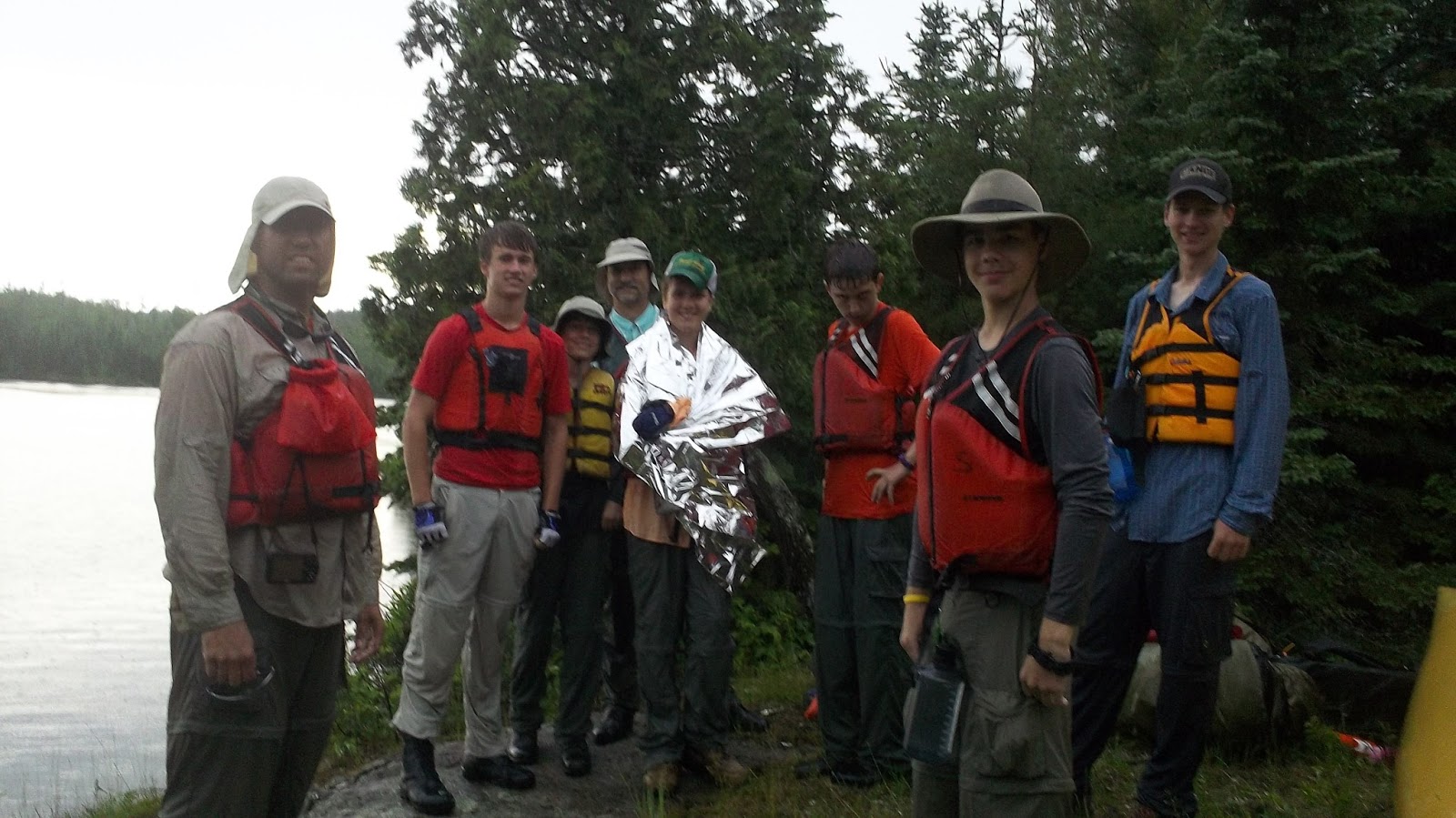 After the Day 1 rainstorm 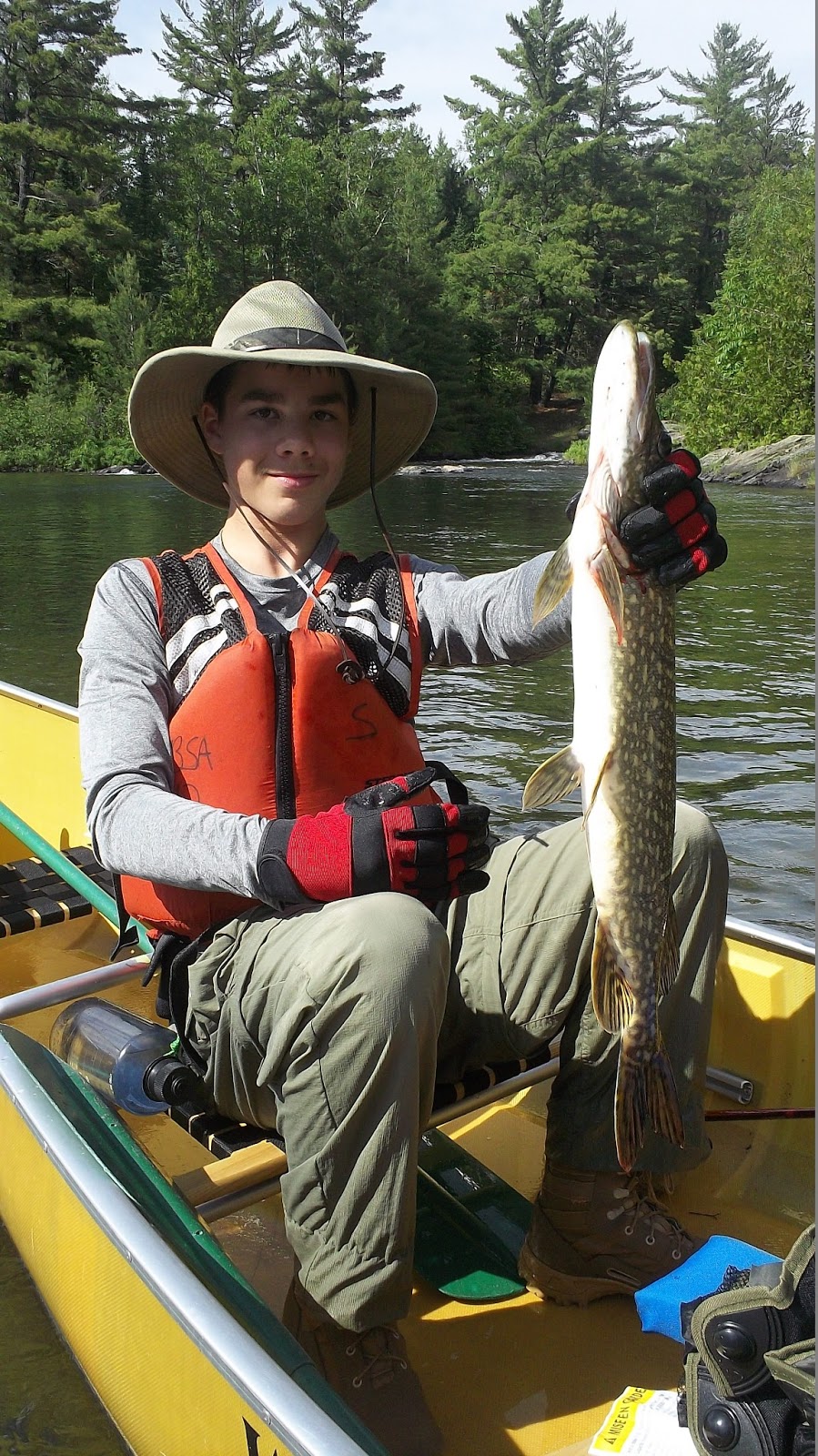 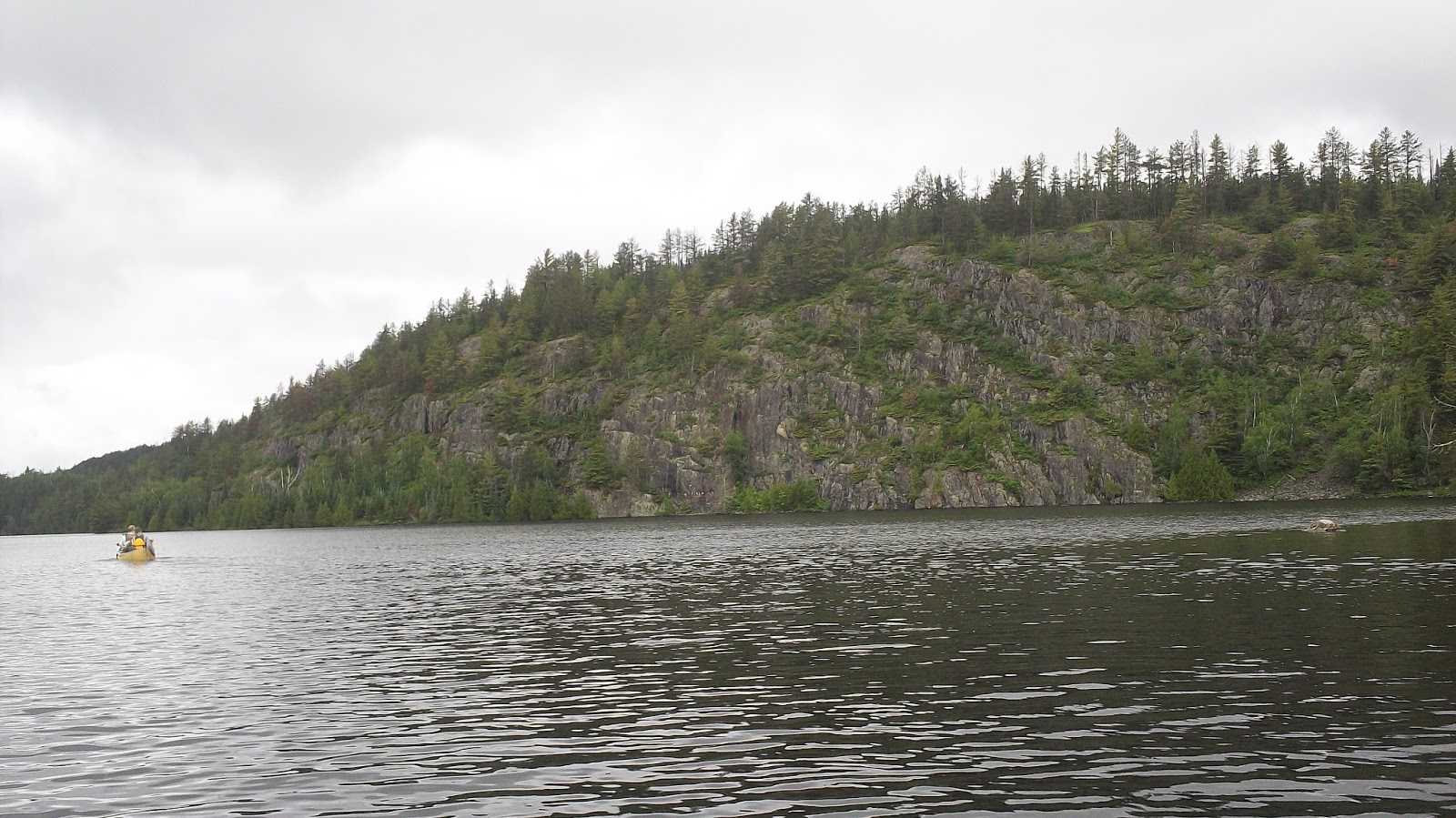 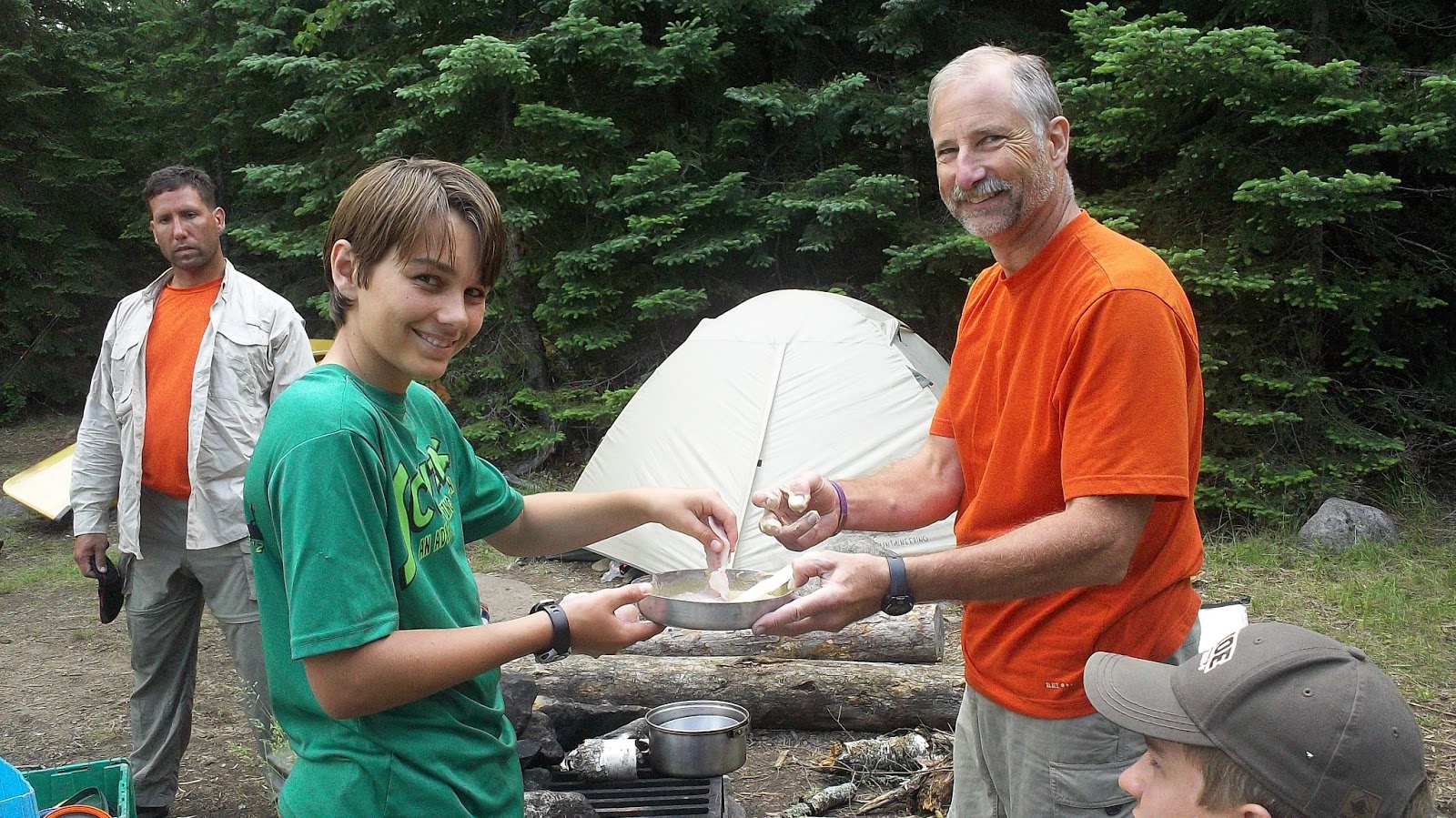 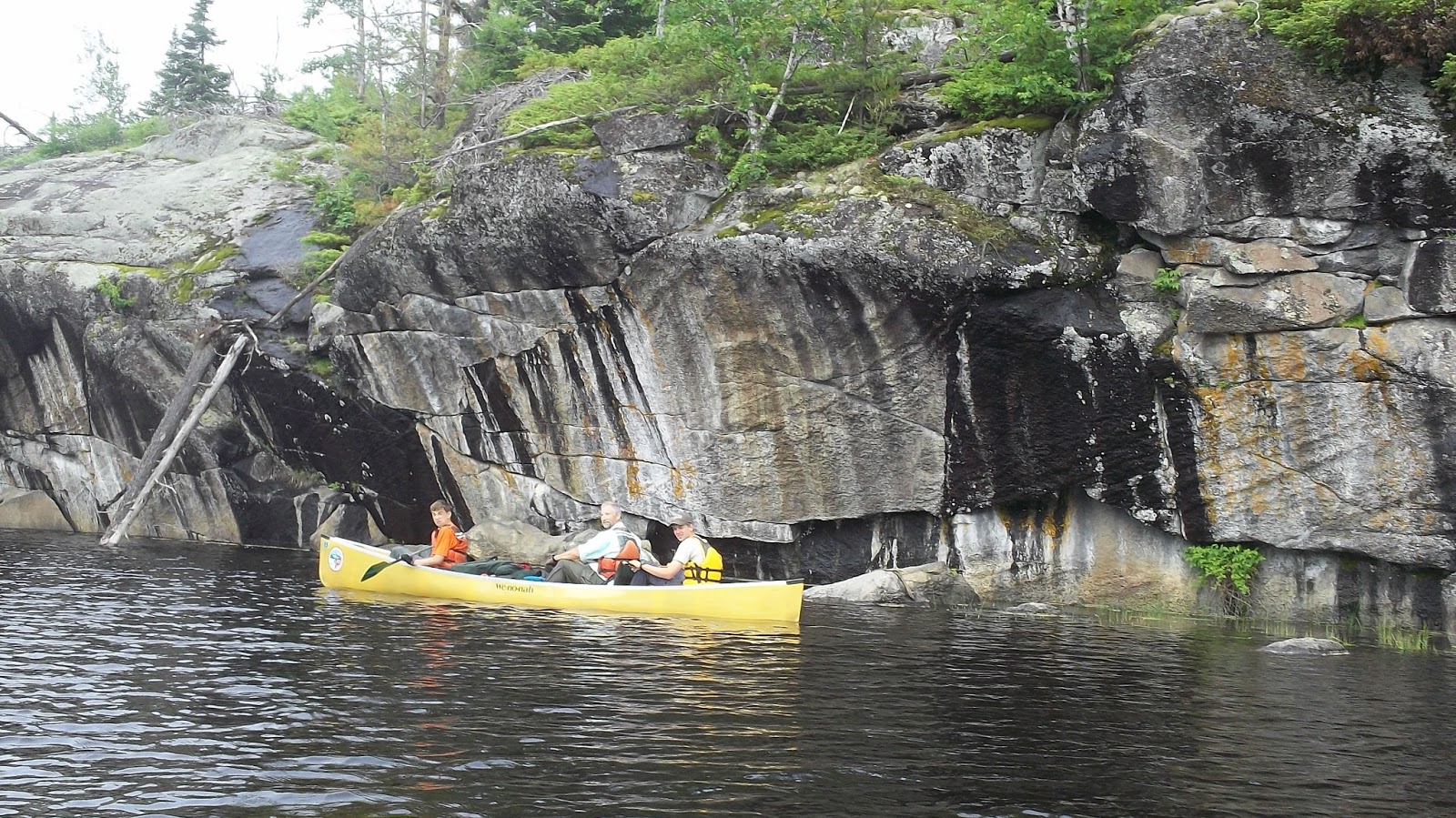 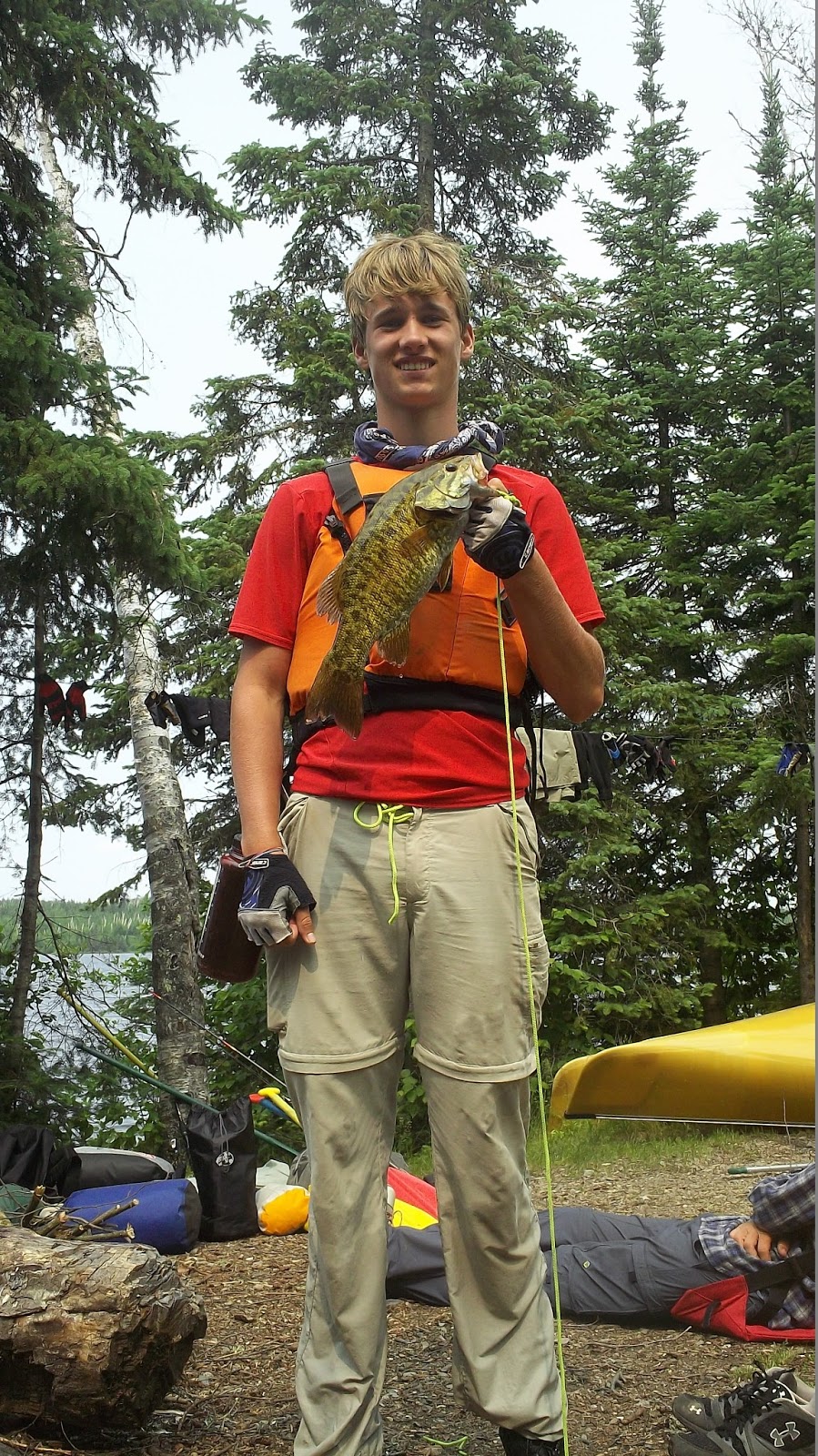 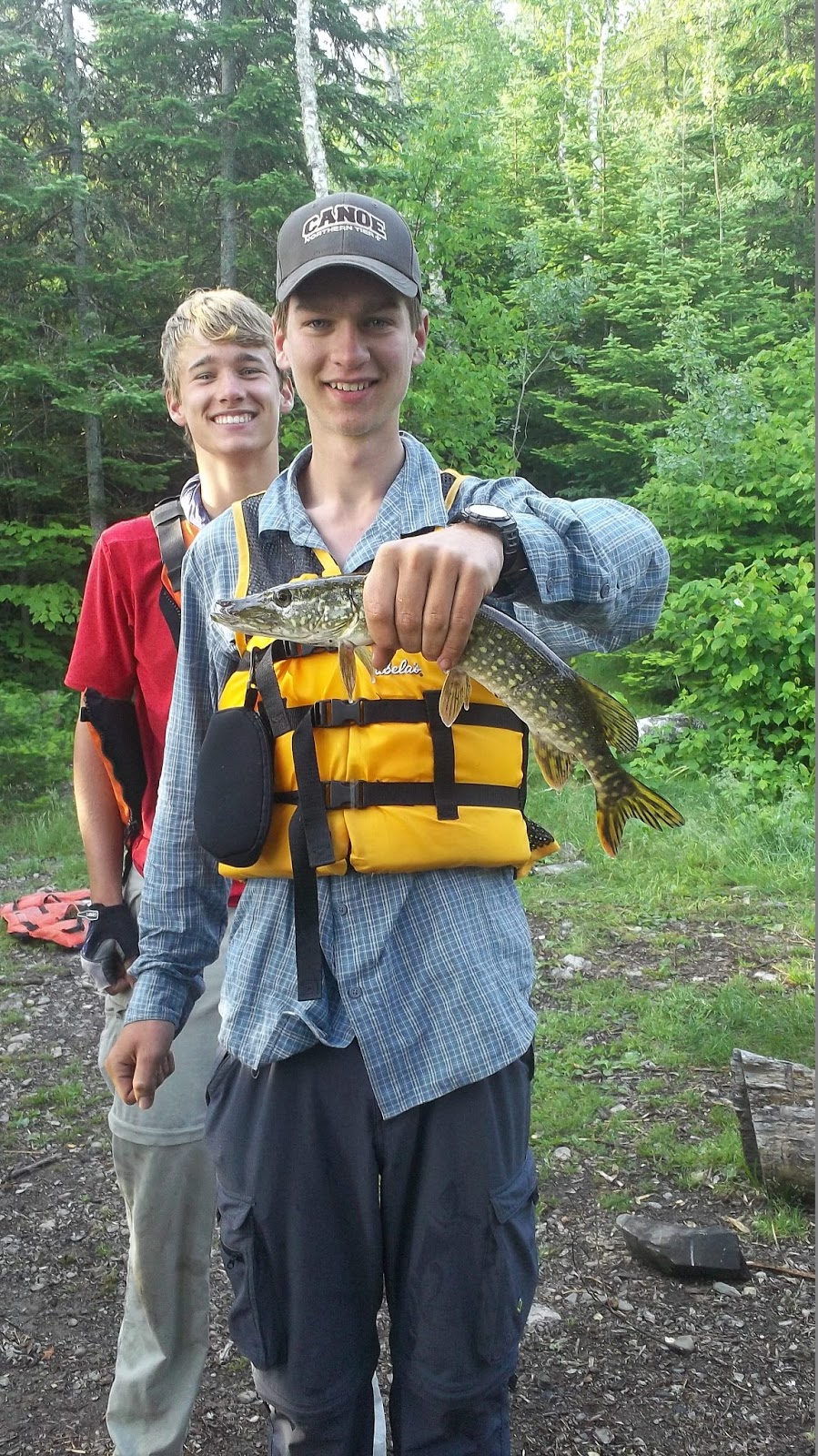 I finally caught a fish, too small though. 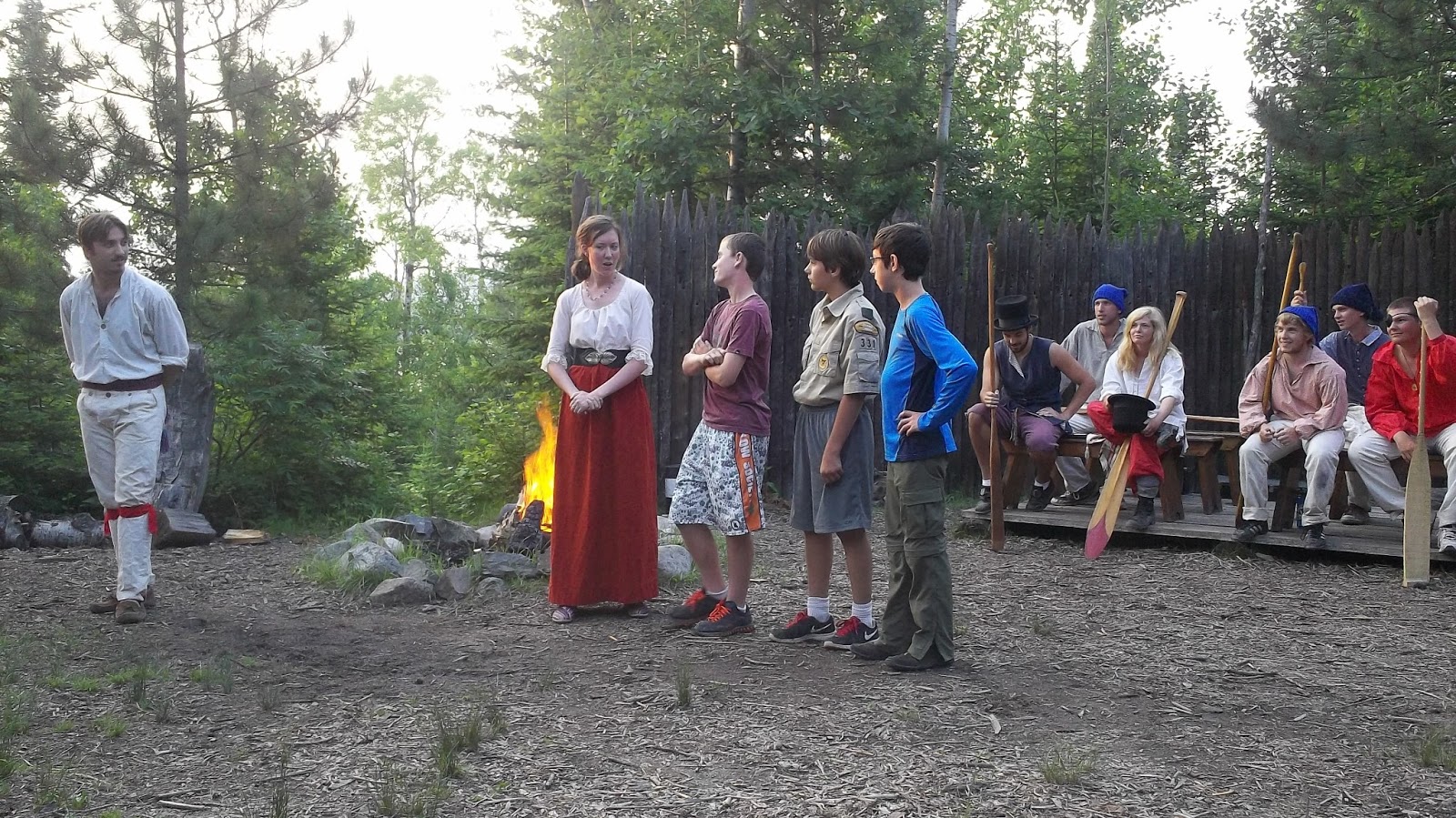 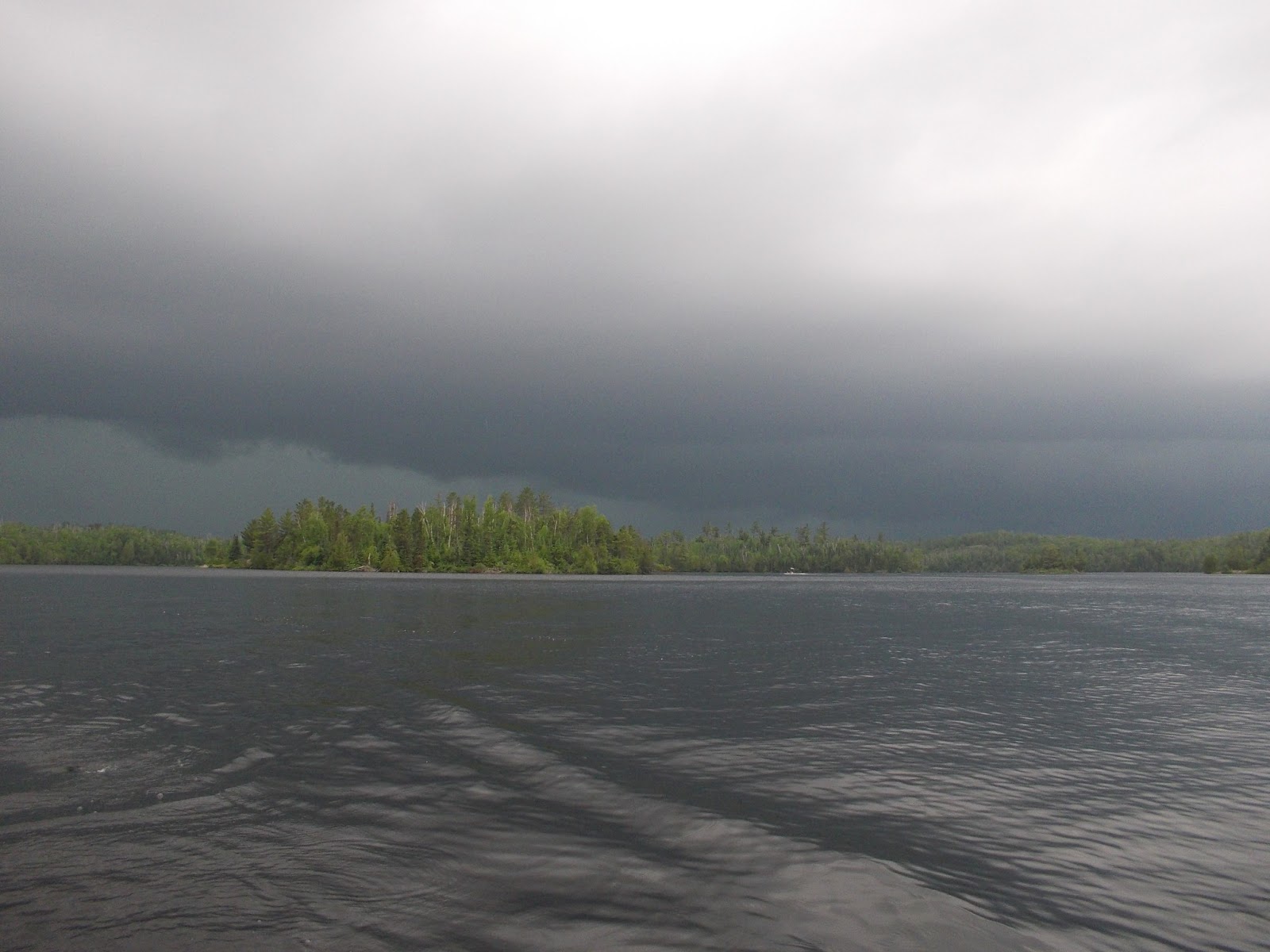 Day 1 before the storm. 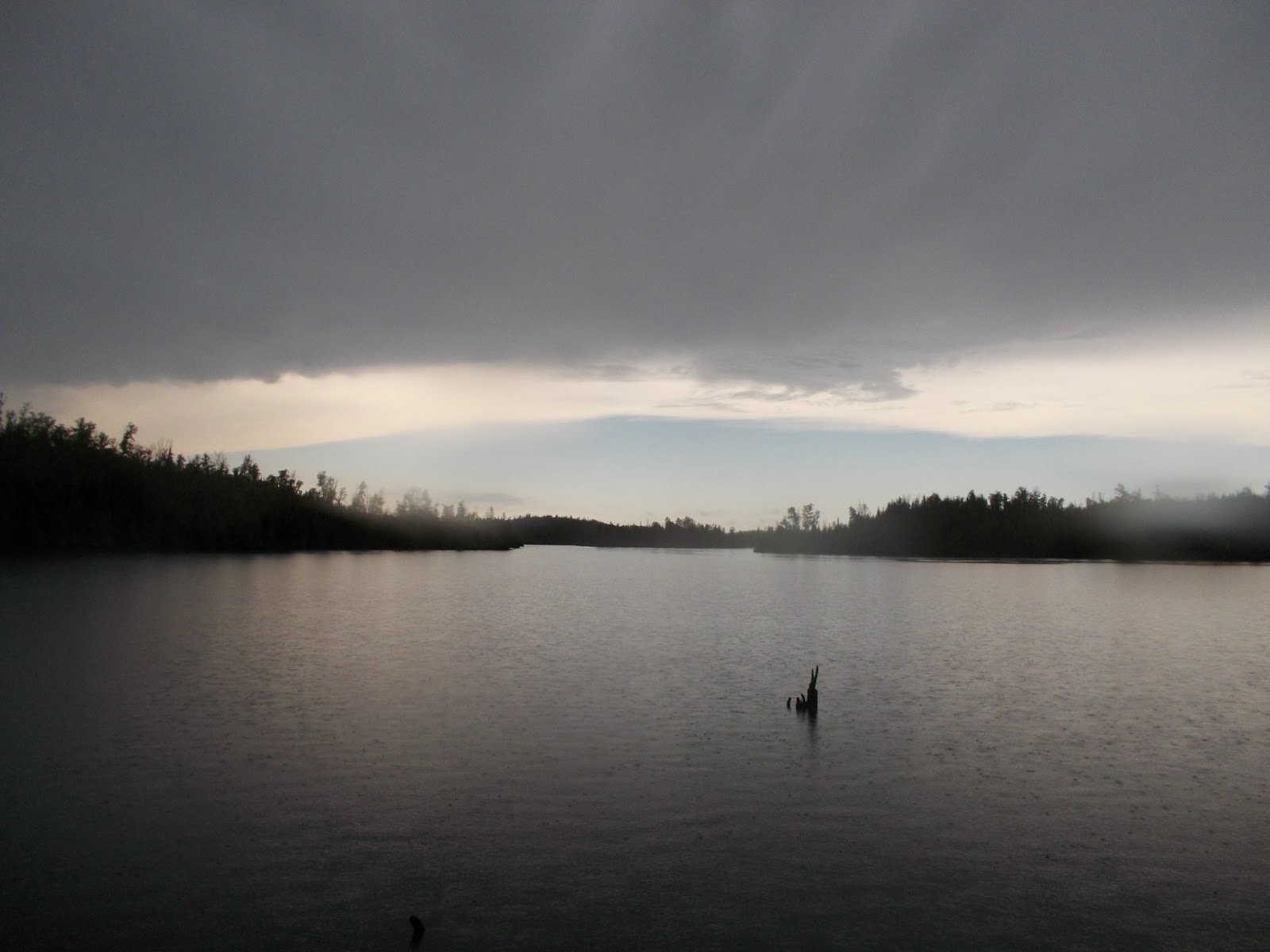 Day 1 after the storm. 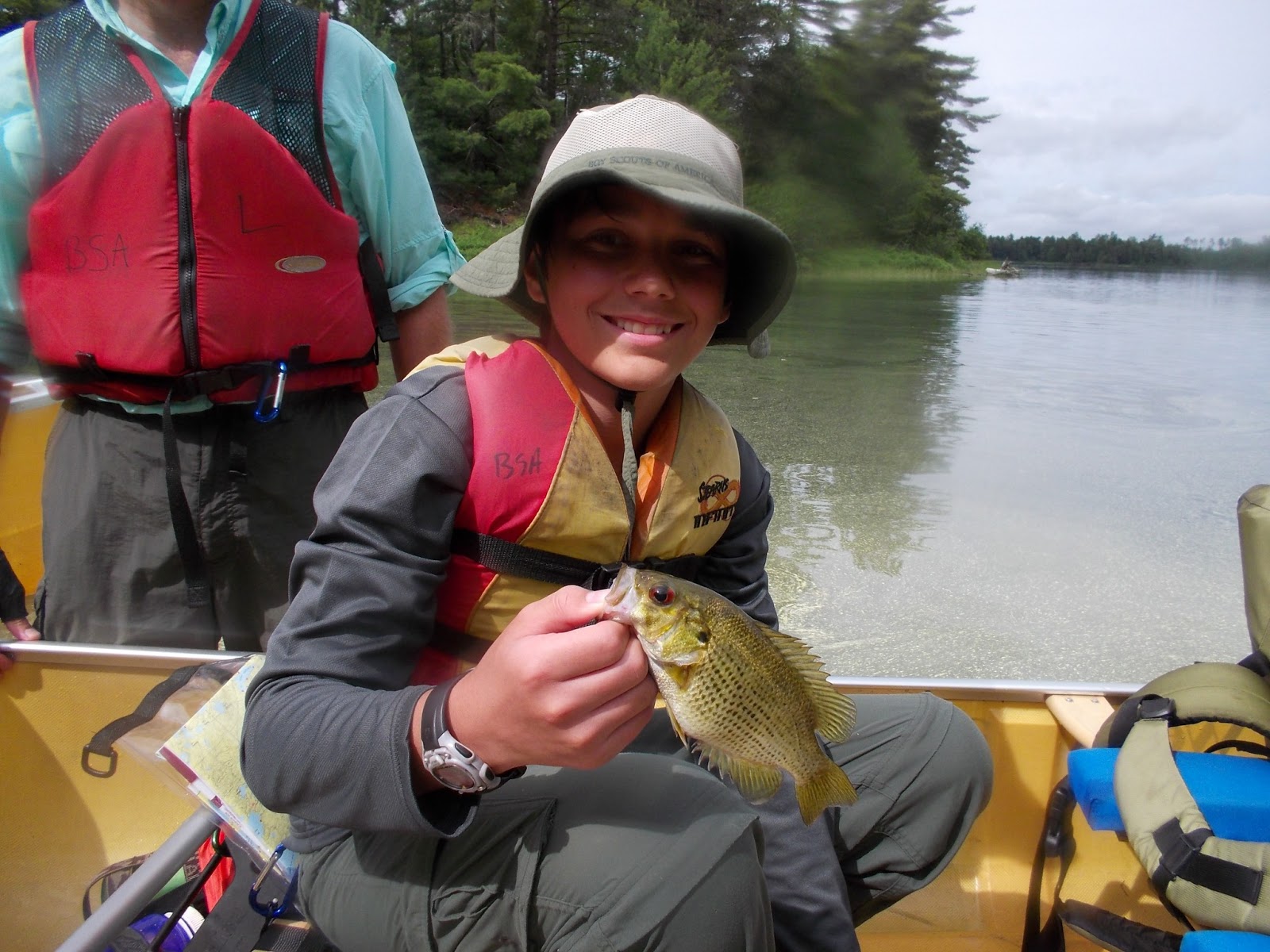 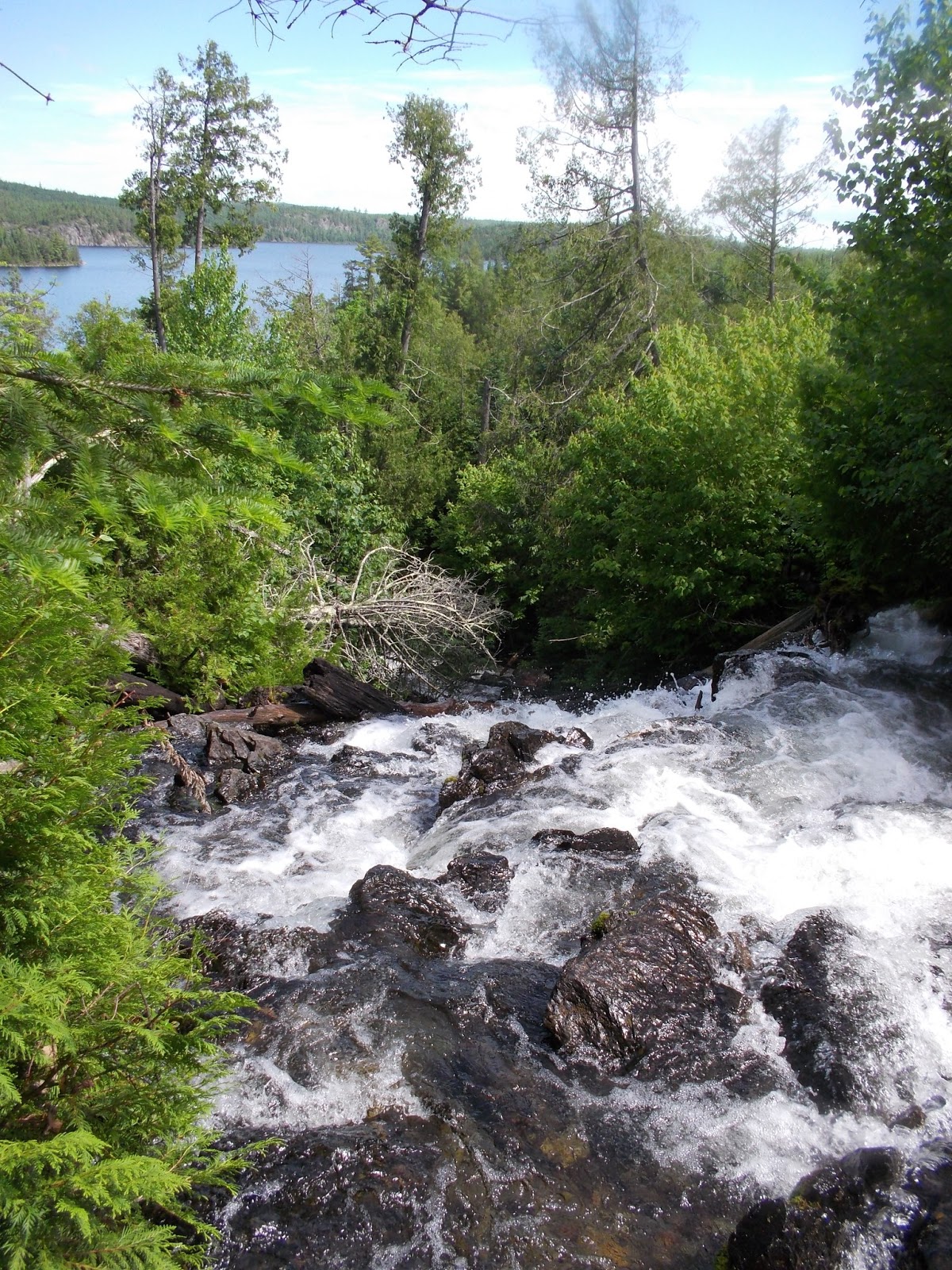 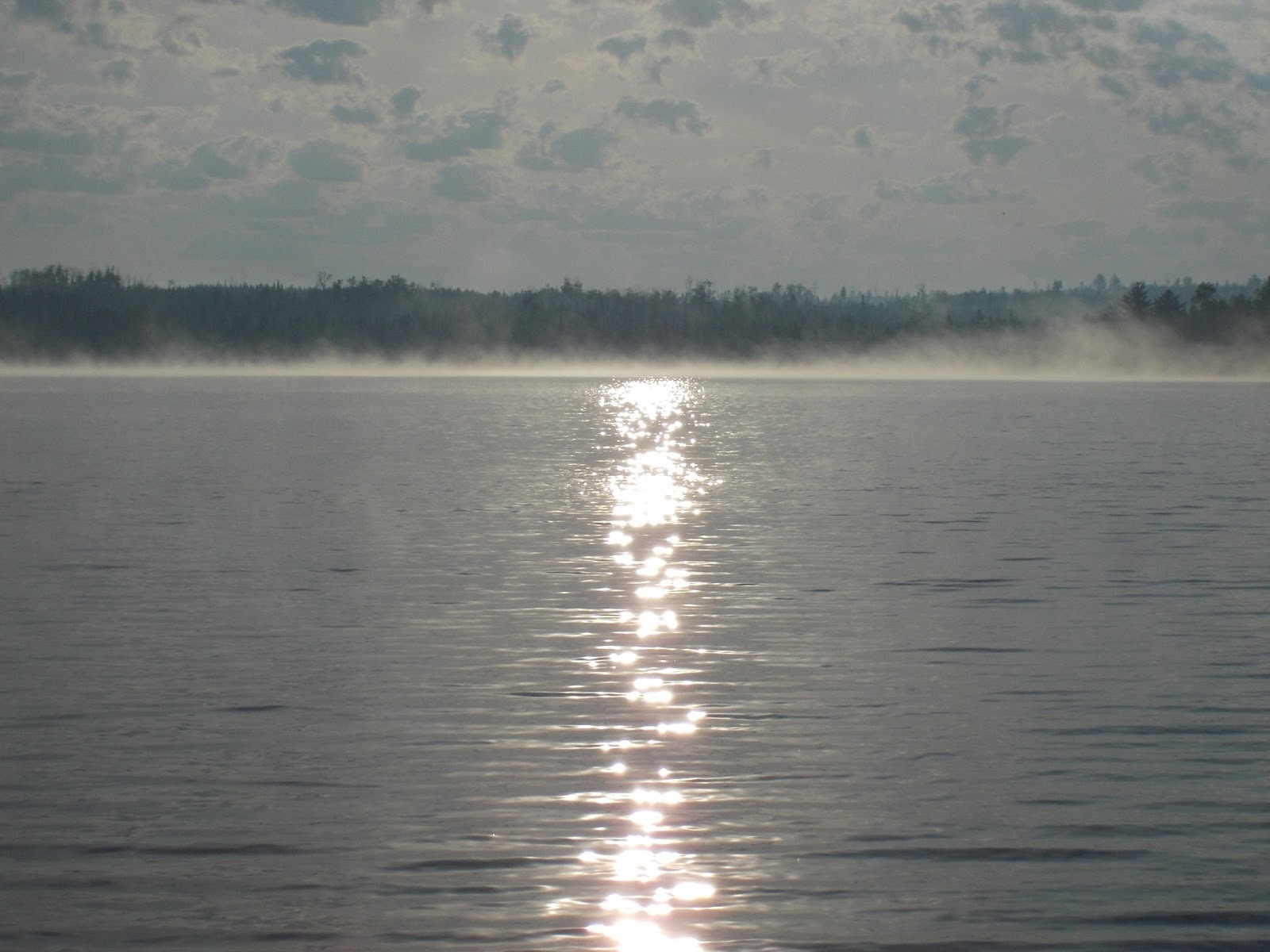 Fog on Ensign in the morning.