This last trip was surprisingly similar to my first trip. The crew was from Texas, and we did pretty much the same route, just backwards. So the first day once we got going we paddled up the Moose chain to Sucker Lake for the night. We got there pretty early and the crew wanted to go fishing, so we spent some time fishing. They caught a couple of smallmouth bass that we kept and cooked with dinner that night.

Because we took the first day so easy, we had a long ways to go the second day. We ended up going about 15 miles to our next campsite on Basswood Lake. On the way I caught a decent sized northern pike that we kept to cook for dinner. Unfortunately, we tied it up to a rock at camp and it was eaten by a snapping turtle. The scouts thought it was pretty cool, but then they realized we weren’t going to have fish that night, so they all went fishing and came back with a couple more smallmouth.

Day 3 was probably the coolest day of the trip. We started out in the morning, and the beast that is Basswood Lake was like glass. I decided to throw a line in the water just for fun as we were going along. Almost immediately after I got the line in, a northern pike hit it. As it came up to the surface however it snapped the line taking my lure with it. I found another lure and continued fishing for the next few miles. About 2 miles later I thought I hit a rock. It hit and then the drag just kept going out. We stopped the canoe and turned around, but then it started fighting. When I got it to the surface I knew it was the biggest fish I had ever caught. It came up and dove 5 times before it got tired and I was able to grab it and put it into the canoe. It was a huge Northern that measured in at 32 inches, estimated at 7 pounds. As we came around the last island I caught another northern, about 20 inches and we kept him for lunch as well. We continued on through the mile long portage and got the sweet campsite right across form Lower Basswood Falls. After eating the pike for lunch we went up to the pictographs and hung out around camp.

Day four we headed up the Horse River to a campsite on Tin Can Mike Lake. The water was high, so we were able to walk up the rapids in most parts. The footing was a little slippery, but we all agreed that it was a lot more fun than portaging around them. Right as we pulled into camp, it started raining. It rained off and on all afternoon, so most of us just took naps in our tents until dinner time.

Day five was a really long day. By the time we got to Jackfish Bay (The largest Bay on Basswood Lake) the wind was blowing straight across. The waves were so high, that we had to paddle zig zag up the bay to avoid swamping. After that we were alright and ended up with a nice campsite on Basswood. IT was alittle buggy, but I showed the scouts how to make a super smoky fire with pine needles, and that gave them hours of entertainment. That night we checked the last thing off of their list of things to see at Northern Tier when a beaver swam by right in front of our campsite.

The last day we got up just as early and took our time getting back to base. We stopped at a campsite on Moose Lake for lunch and took a swim out to an island near the campsite. We got back right on time and got checked back in. They really enjoyed rendezvous and one of my scouts was picked to play a role. Overall it was a great trip and my crew had an experience they will never forget. 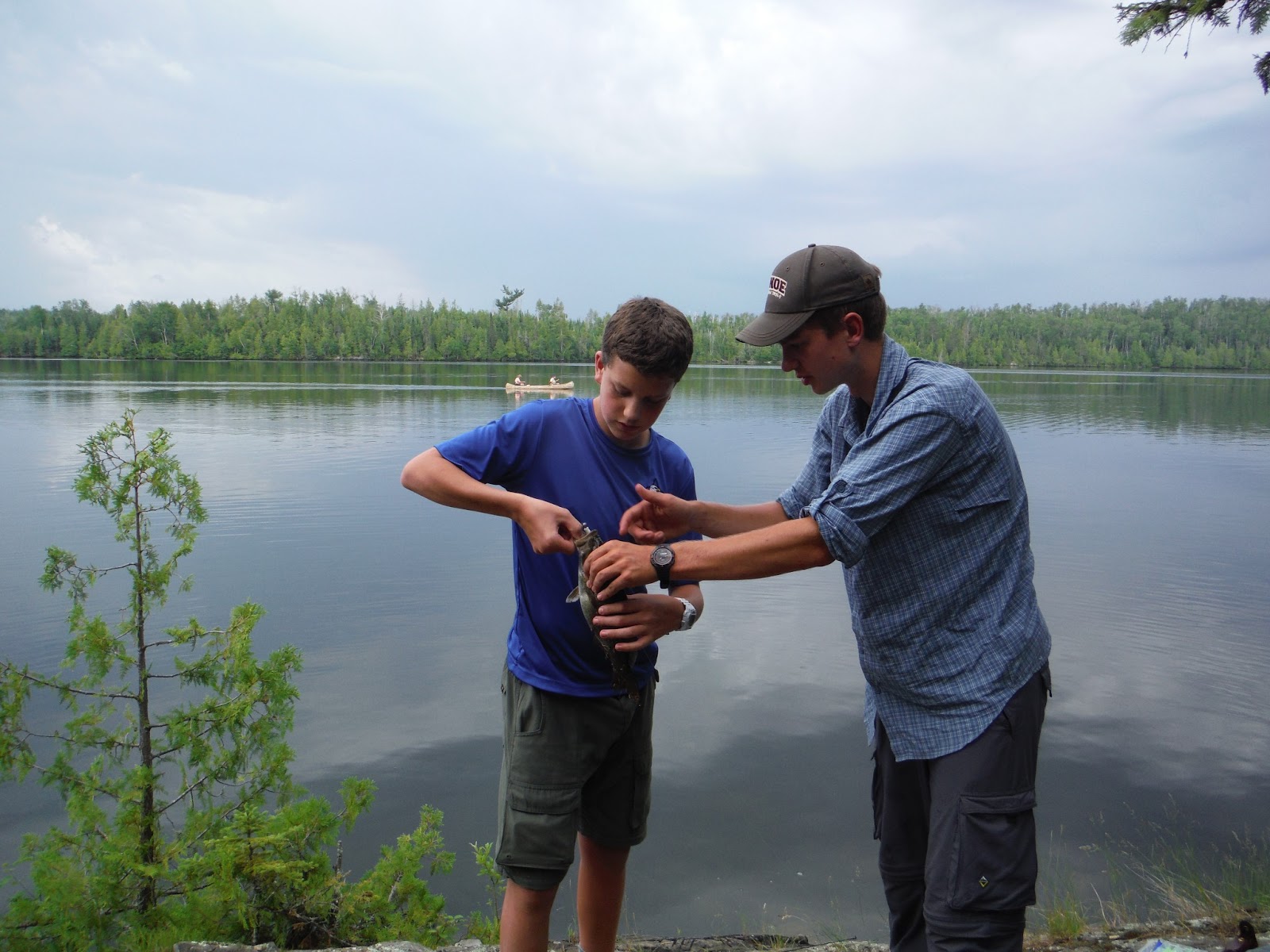 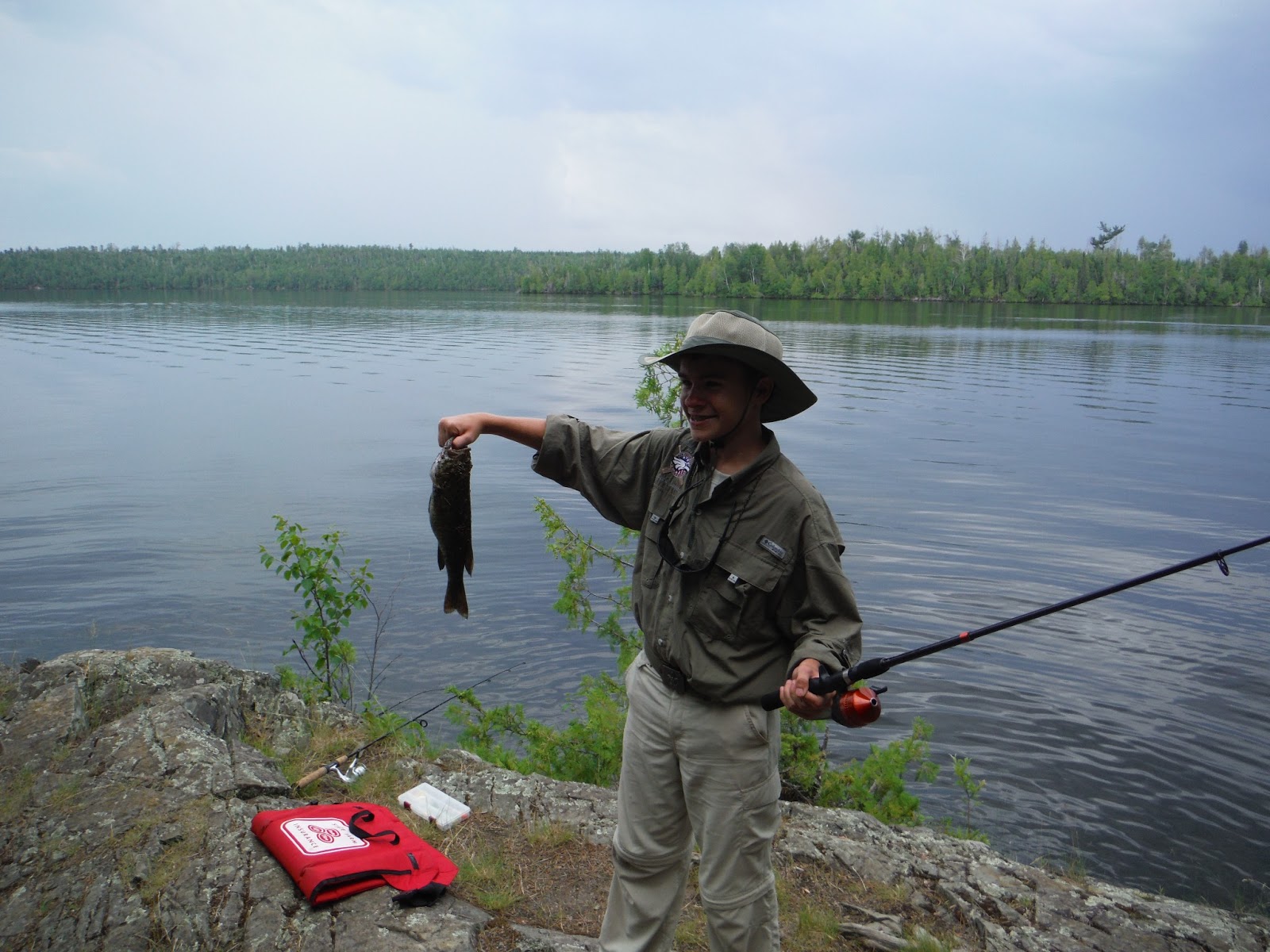 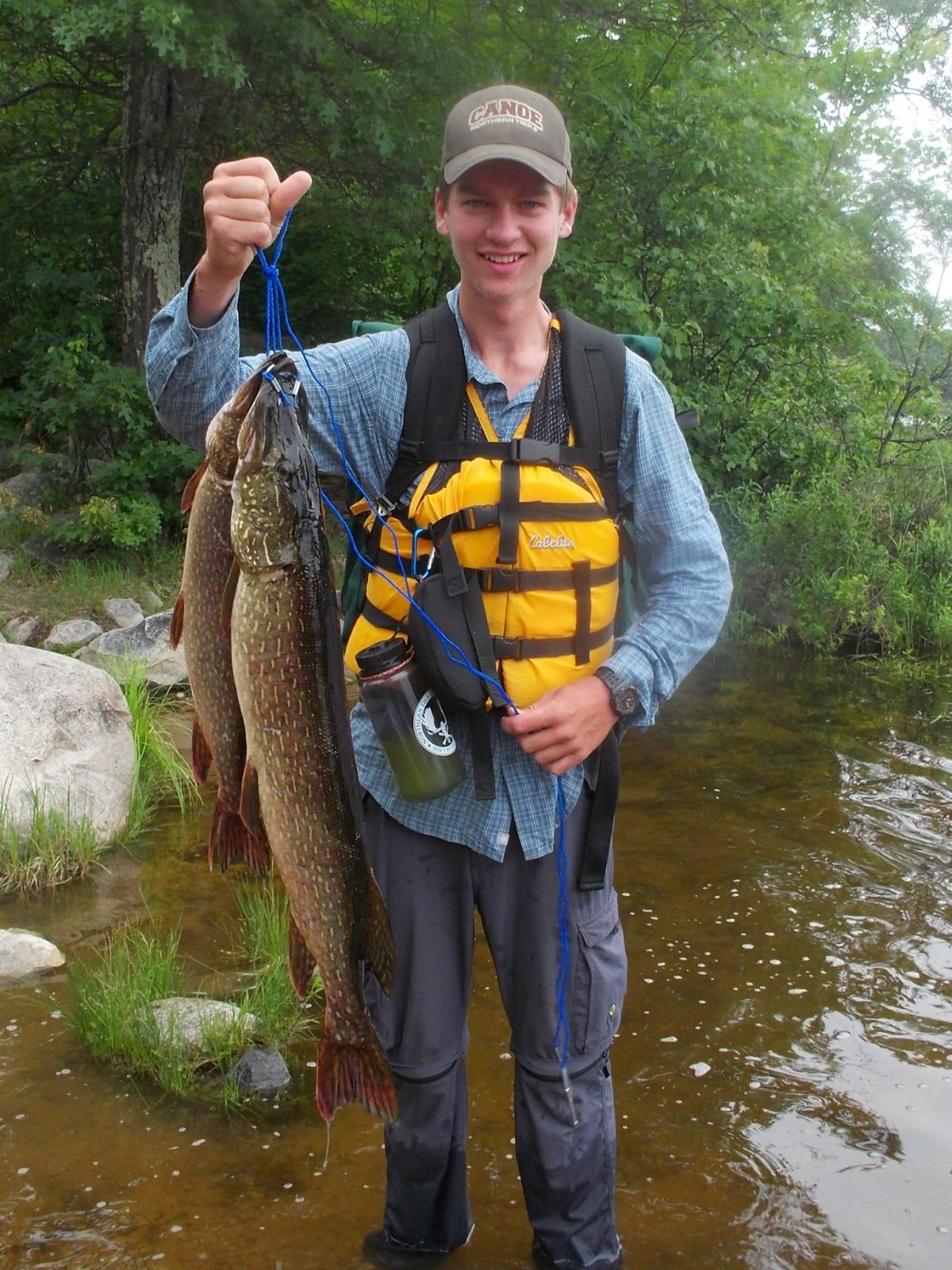 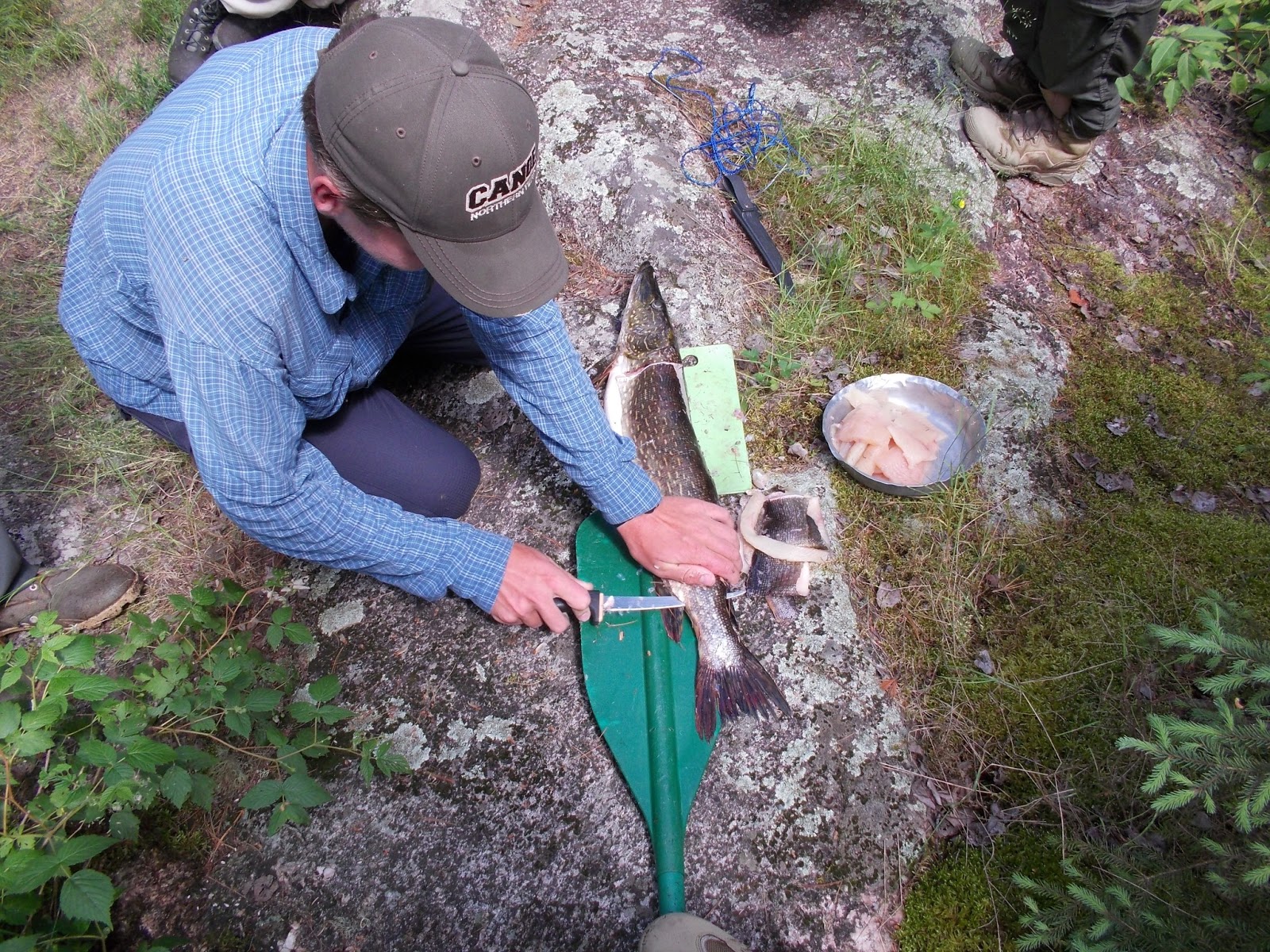 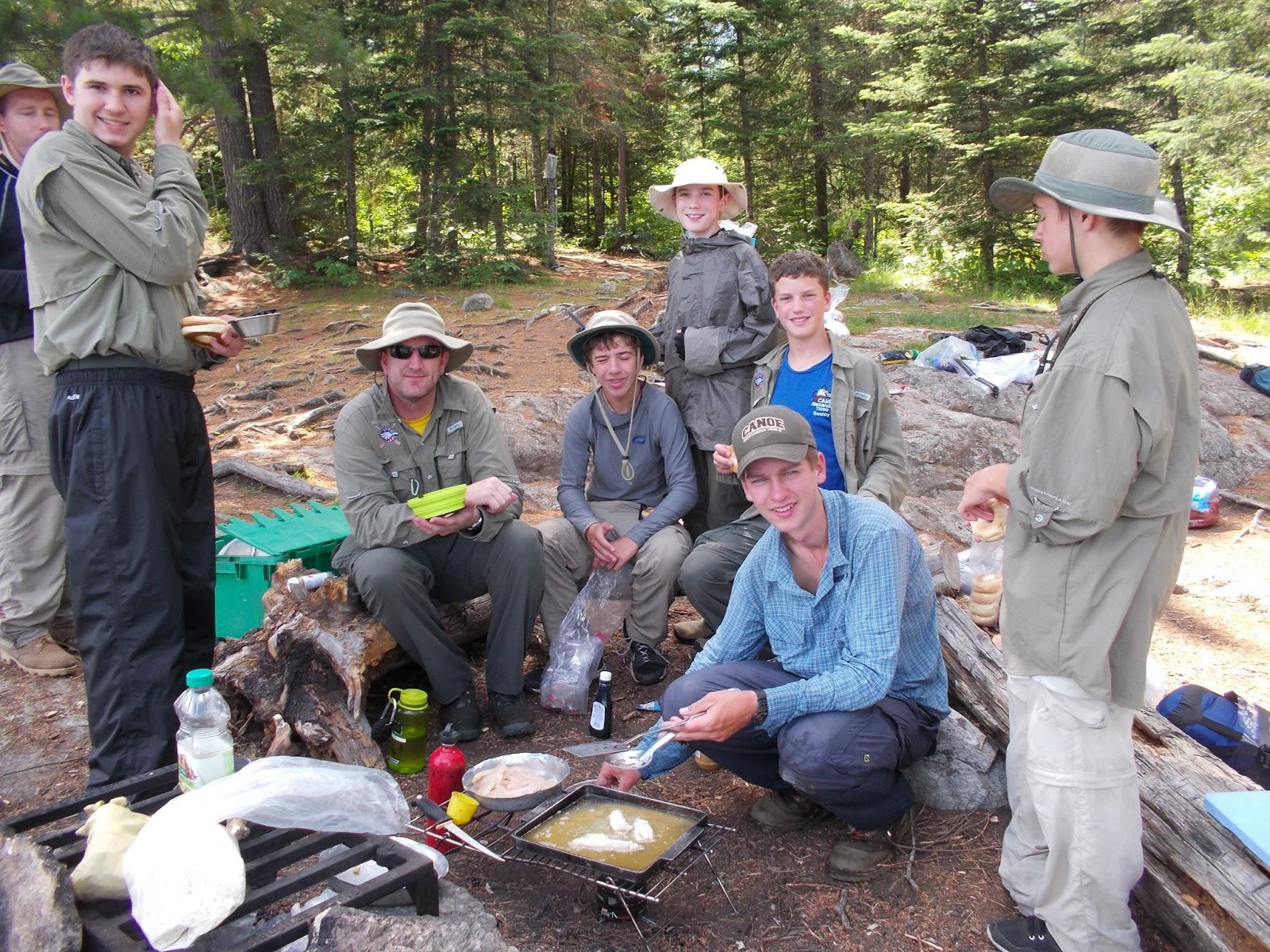 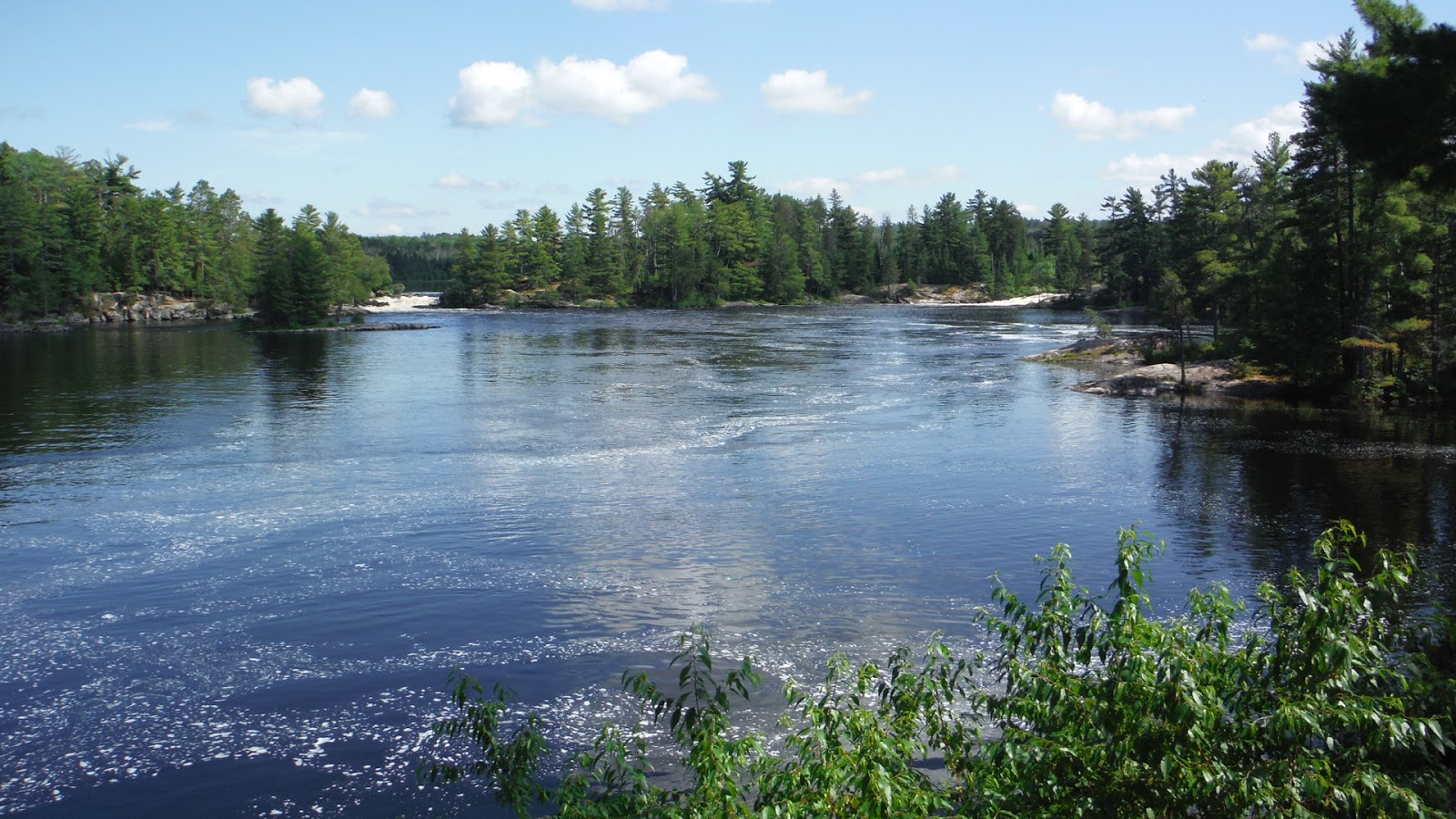 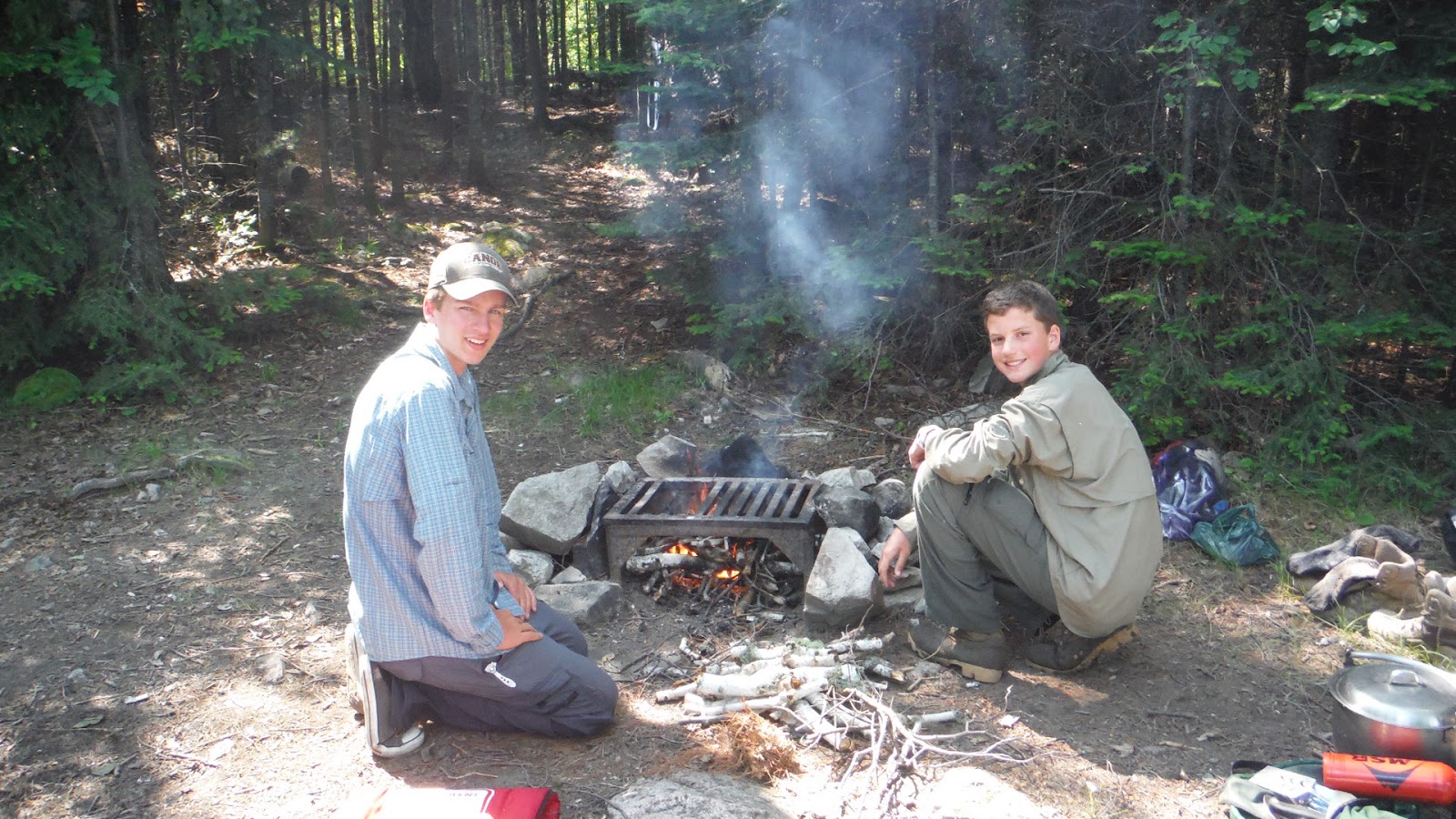 smoking out the skeeters