This last trip was probably one of my favorite trips of the summer. We did the Little Saganaga Loop which was an 80 mile trip in 5 days. The first day we got all the way to Knife Lake by mid afternoon. We were lucky enough to find tons of juneberries growing right near our campsite, so we spent some time gathering them and had a juneberry pie the first night. It was really good and the scouts enjoyed it. 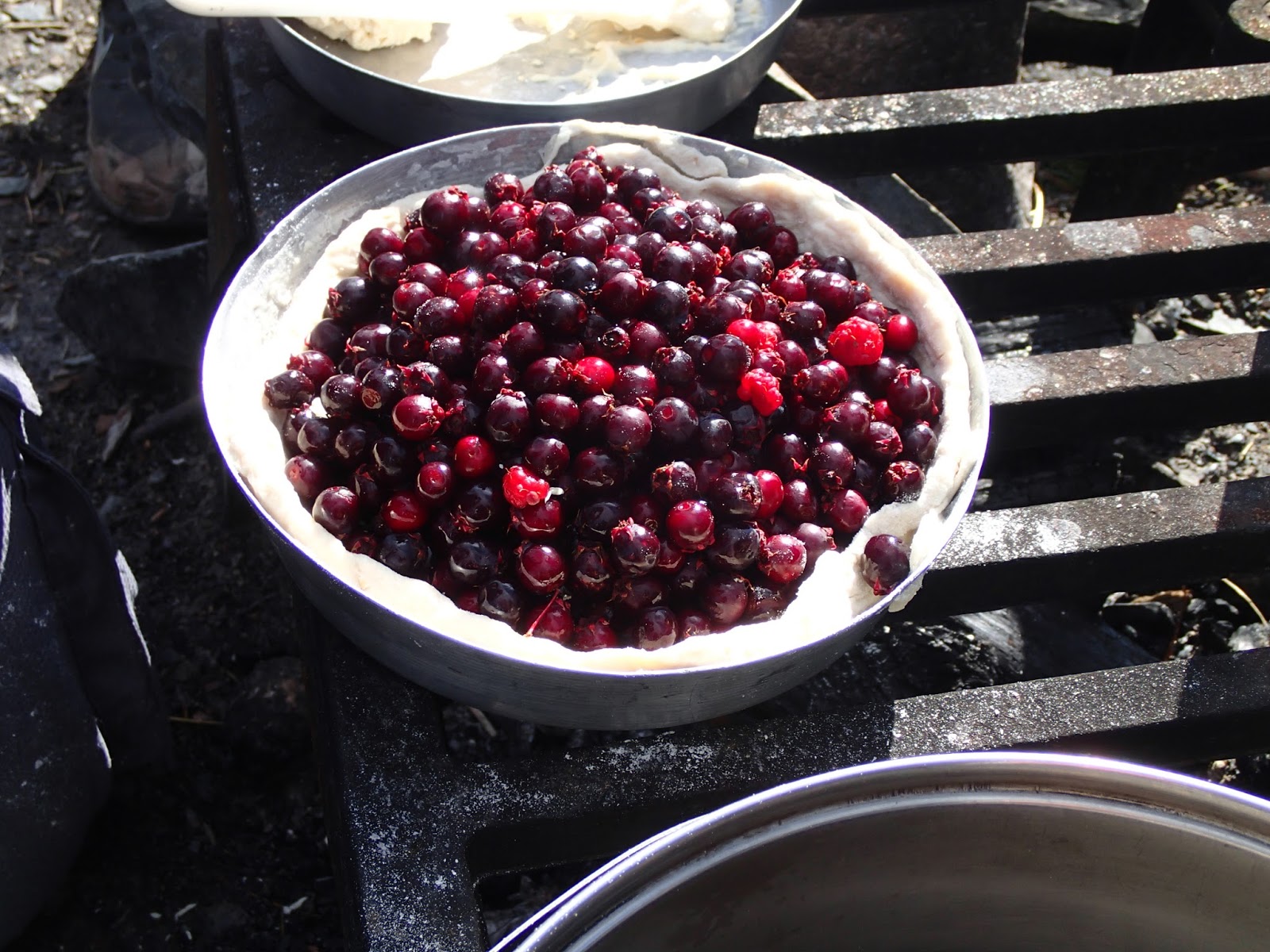 The next morning we got up at 3:30 to do a dawn paddle. We woke up to frost covered tents and ended up packing up our tents frozen. After paddling for a while we armed up and stopped for breakfast. After breakfast we went and saw Eddy Falls, which is a nice little waterfall that you can climb up to from the portage. We continued on that day and finished our 19 mile trip on Little Saganaga Lake and got a nice island campsite right before lunch. 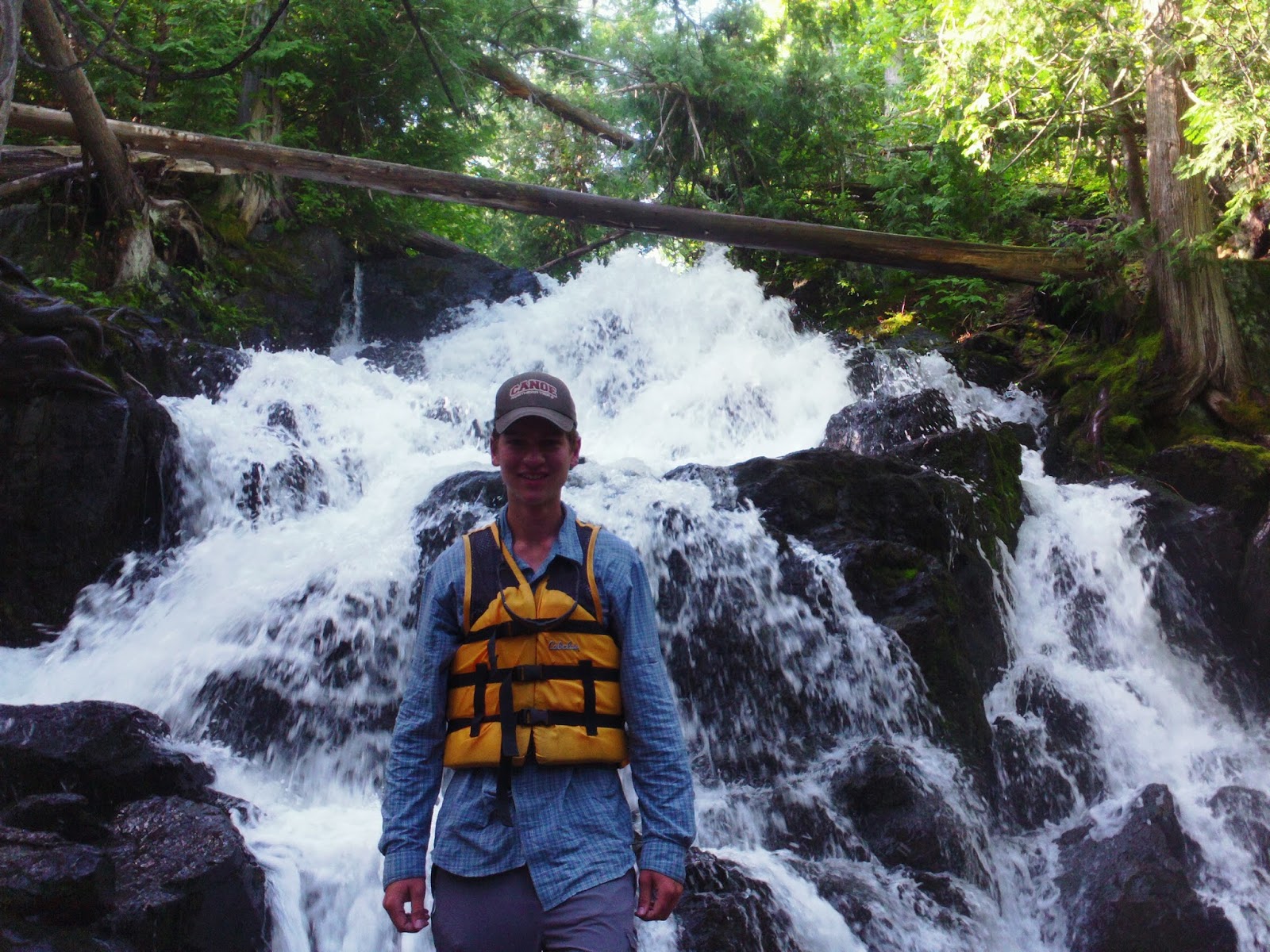 The crew had such a good experience the previous day, that we got up again to do a dawn paddle. By breakfast we were off Little Sag and into a series of smaller lakes. One lake, Pan Lake we found was full of fish. We stopped for an hour and caught 5 smallmouth and 2 northern for lunch. We continued again through a couple more small lakes. The smallest of them all was Anit Lake. The portages into and out of it were longer than the lake itself. We got off the portage and were waiting for then other canoe, so we decided to throw a line in for the heck of it. The scout in my canoe put a new lure on his pole and on his first cast, he thought he got a weed, but then the drag started going out like crazy. He fought it for a little bit, but then the gears started grinding. He handed his pole to me to help reel it in. I could hear the plastic gears in the cheap fishing pole stripping as I tried to reel it in before it took all the drag. It surfaced about 4 times before I could get it, and it was the biggest Northern Pike I had ever seen. I handed the pole back to the scout and asked him to bring it up alongside the boat. It came up, I grabbed it, and the second it was over the canoe, it snapped the line. It measured 36 ½ inches and weighed in at 11 ½ pounds. Now for sure we had enough fish for lunch. We finished all of the smaller lakes and stopped to cook the fish at a campsite on the Kawishiwi River. We spent 3 hours fileting and cooking the fish. After that we went all the way down the river and into Alice Lake for the night. 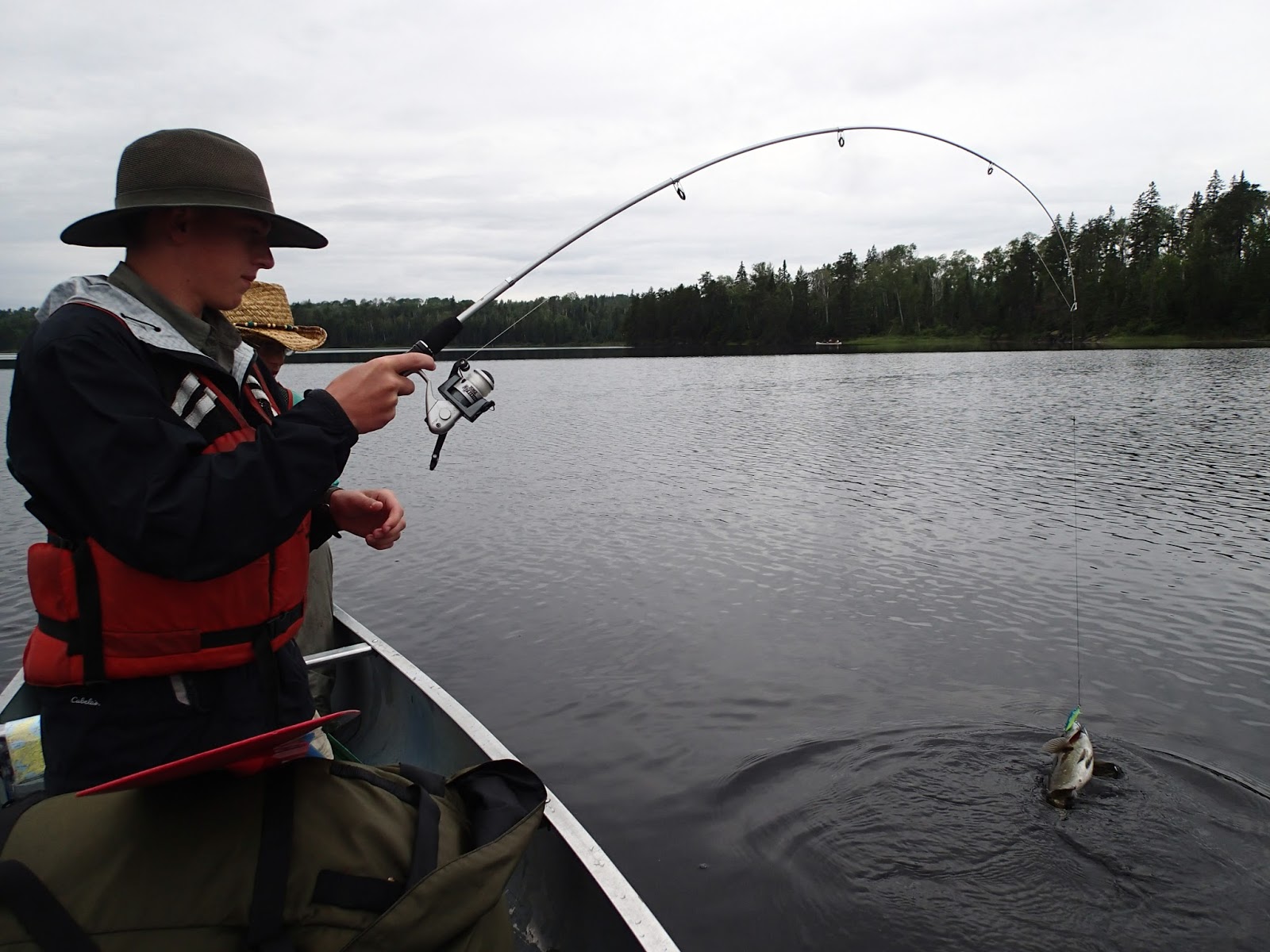 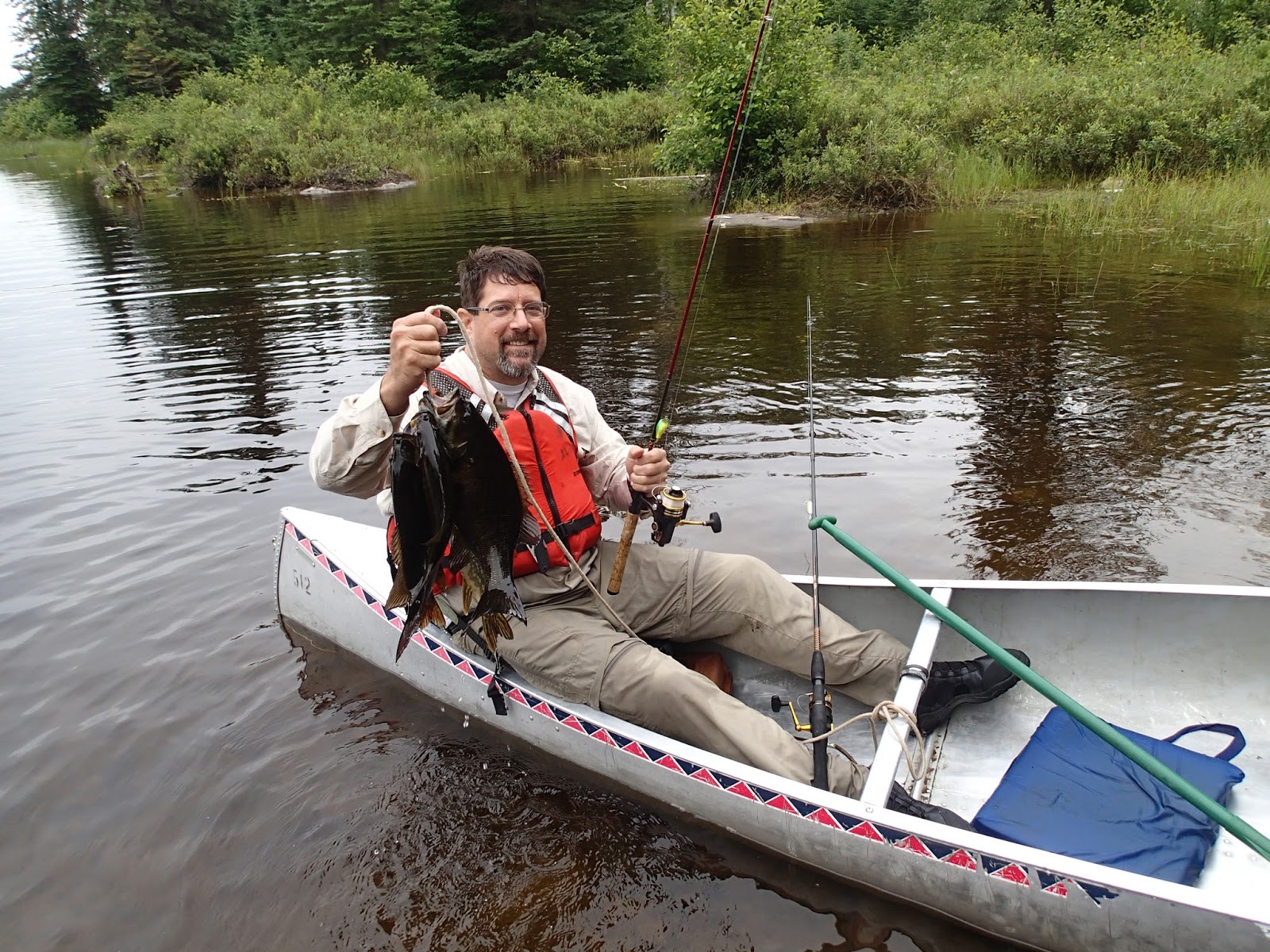 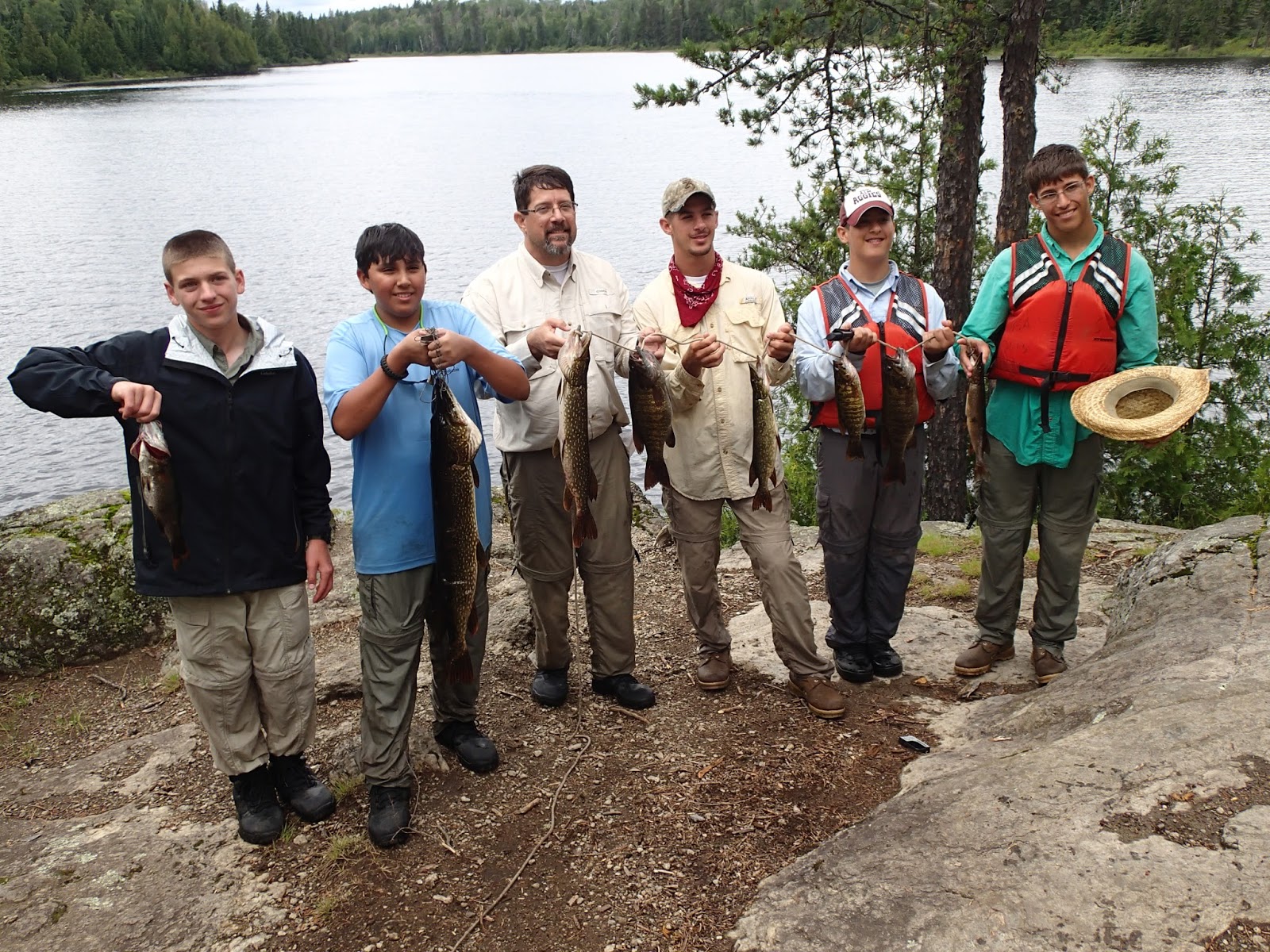 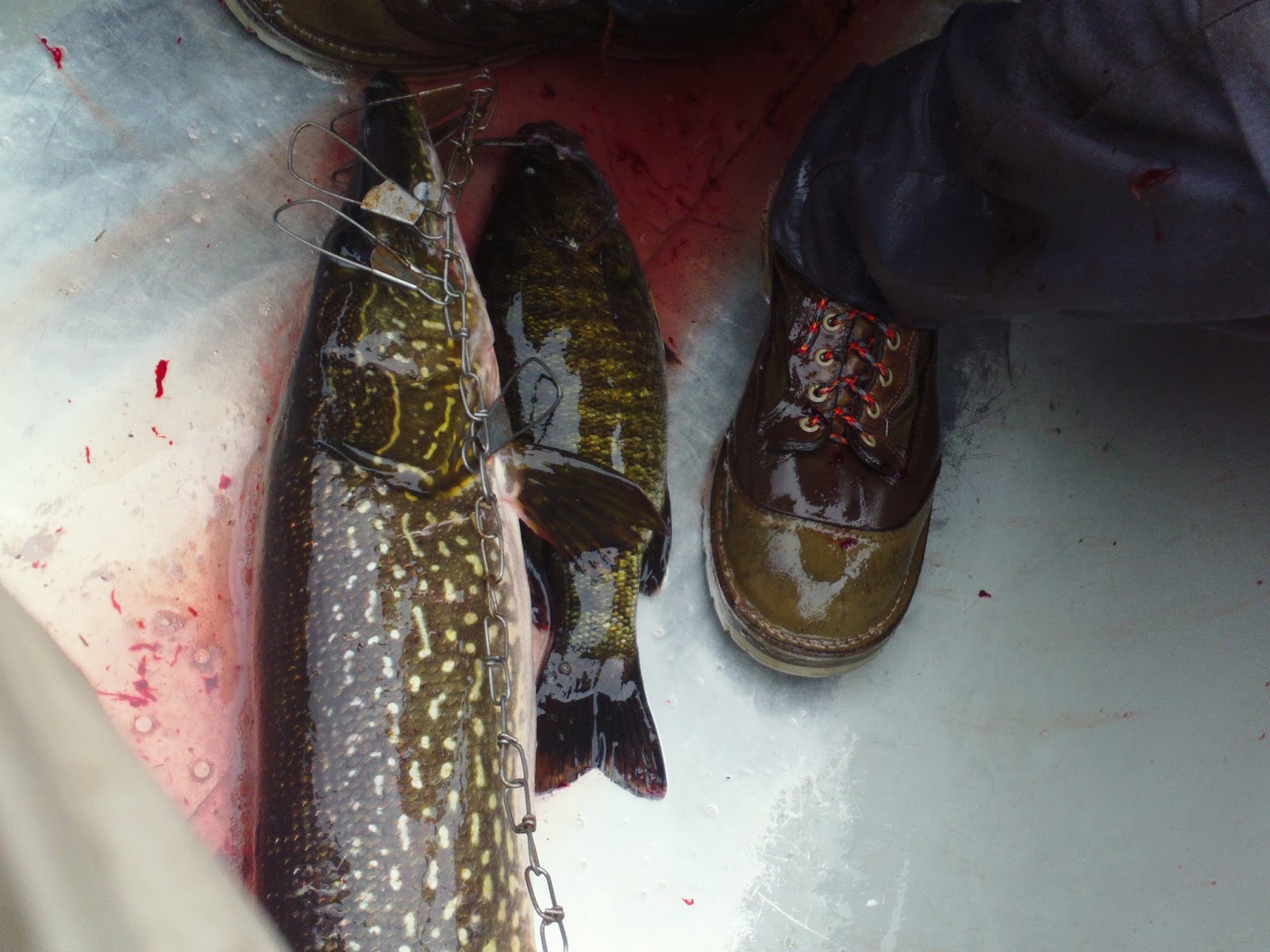 Northern compared to my boot 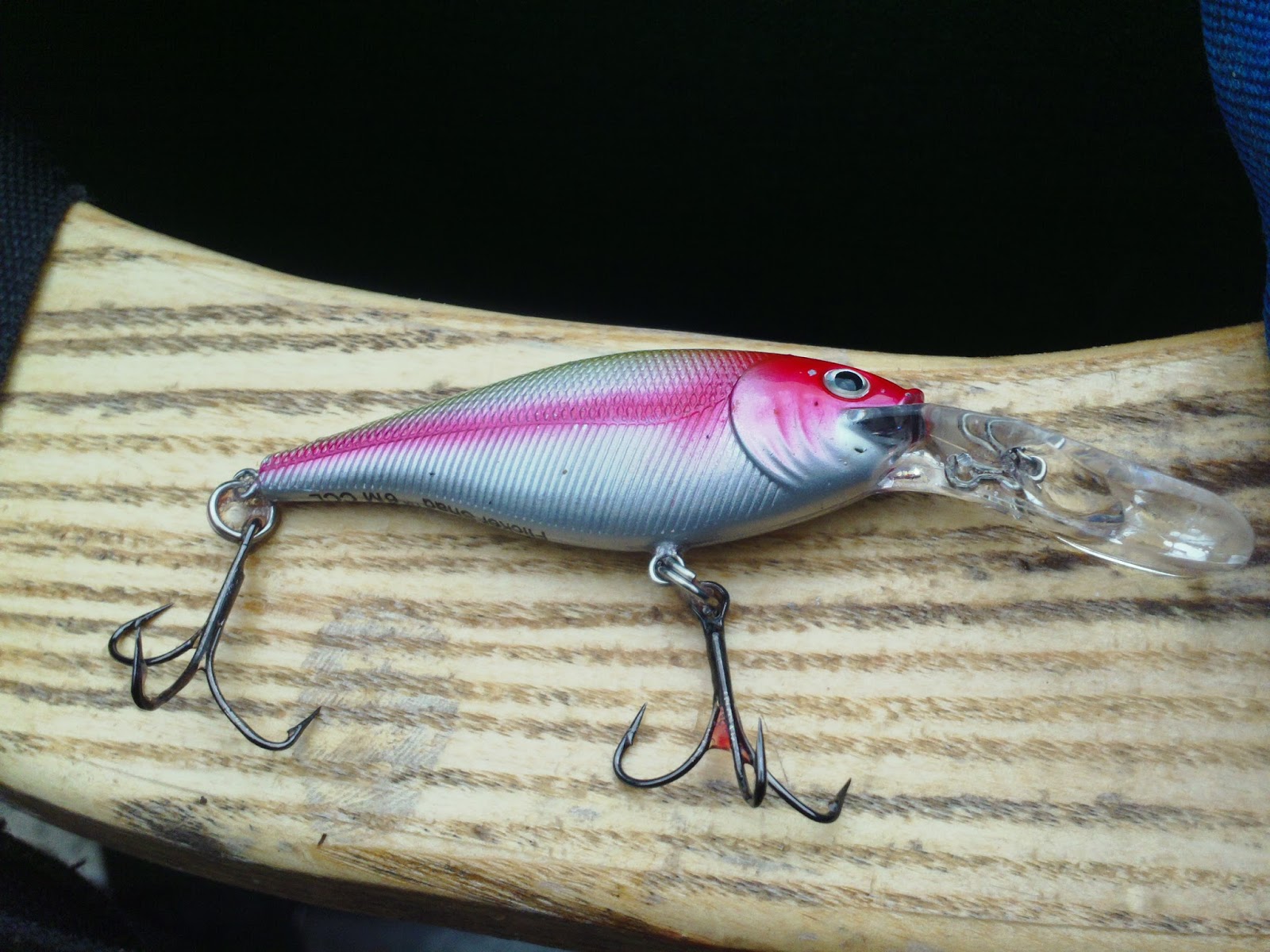 The 3 foot northern bent every hook on this lure 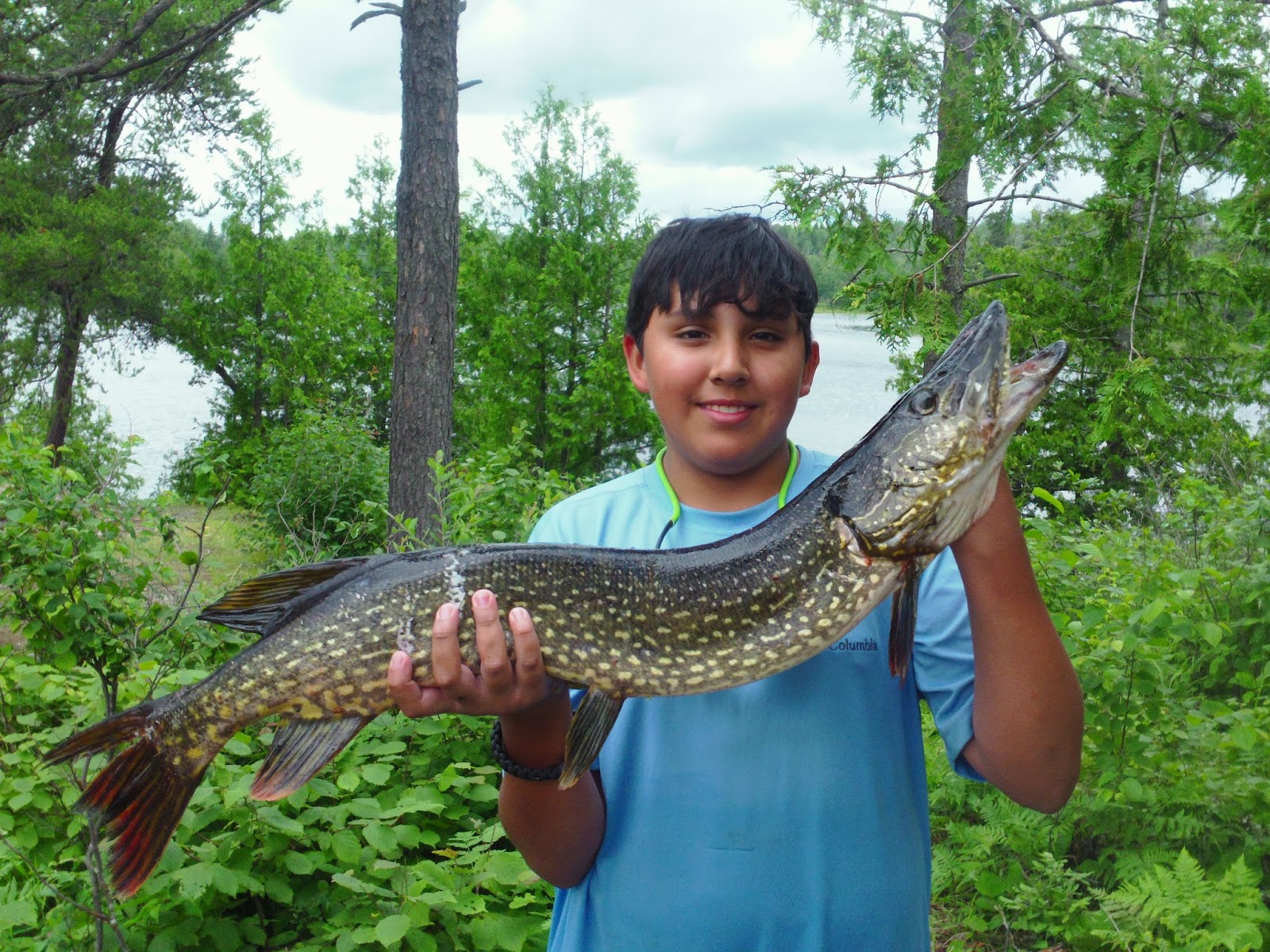 Steven with his monster fish

The next morning we got up again for a dawn paddle and made it all the way to Thomas Lake before breakfast. Since we were only 3 miles from where we planned to camp, we went even further to shorten our last day. We stayed on Ashigan and found a nice campsite with a breeze to keep the mosquitoes away. 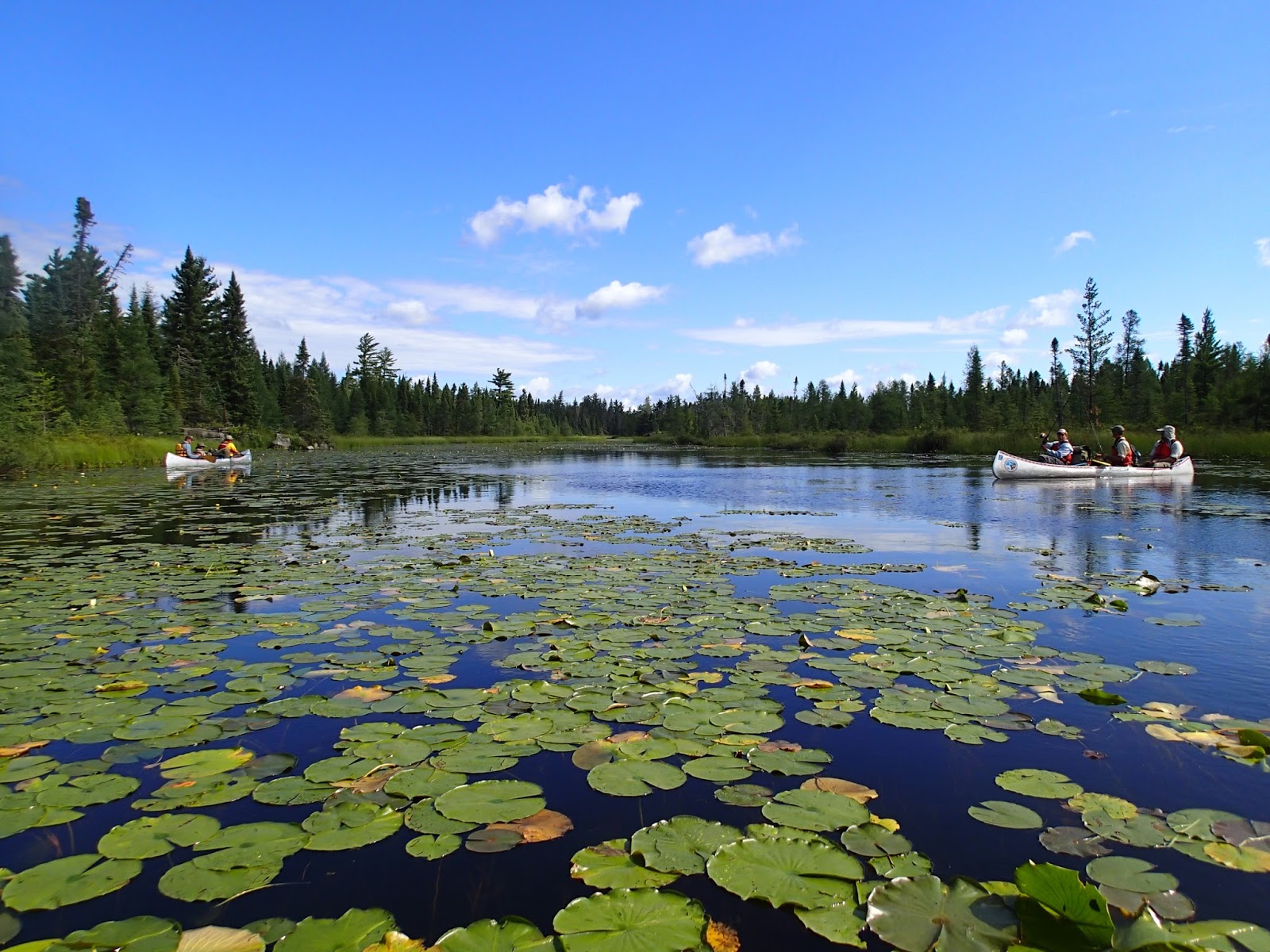 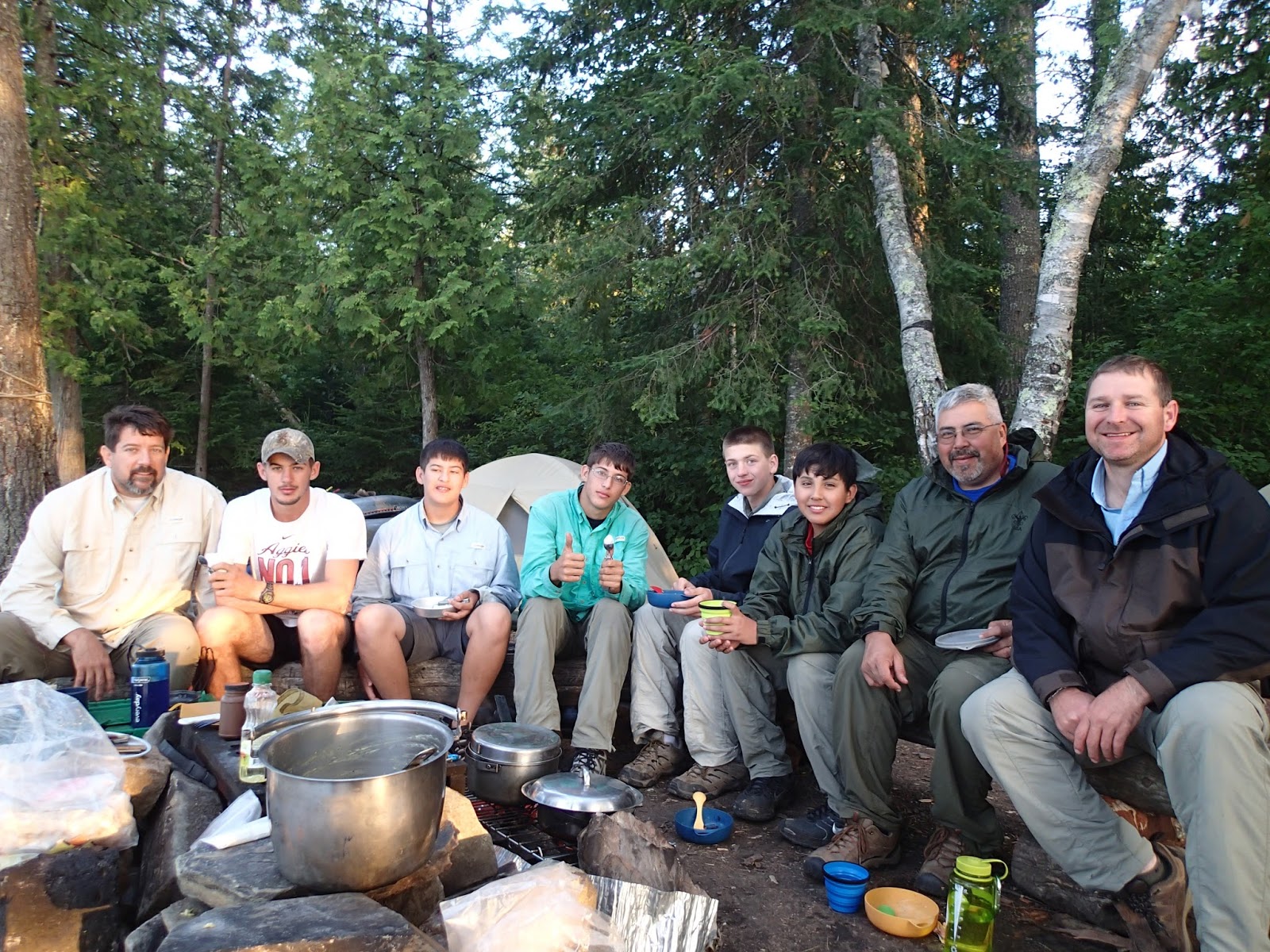 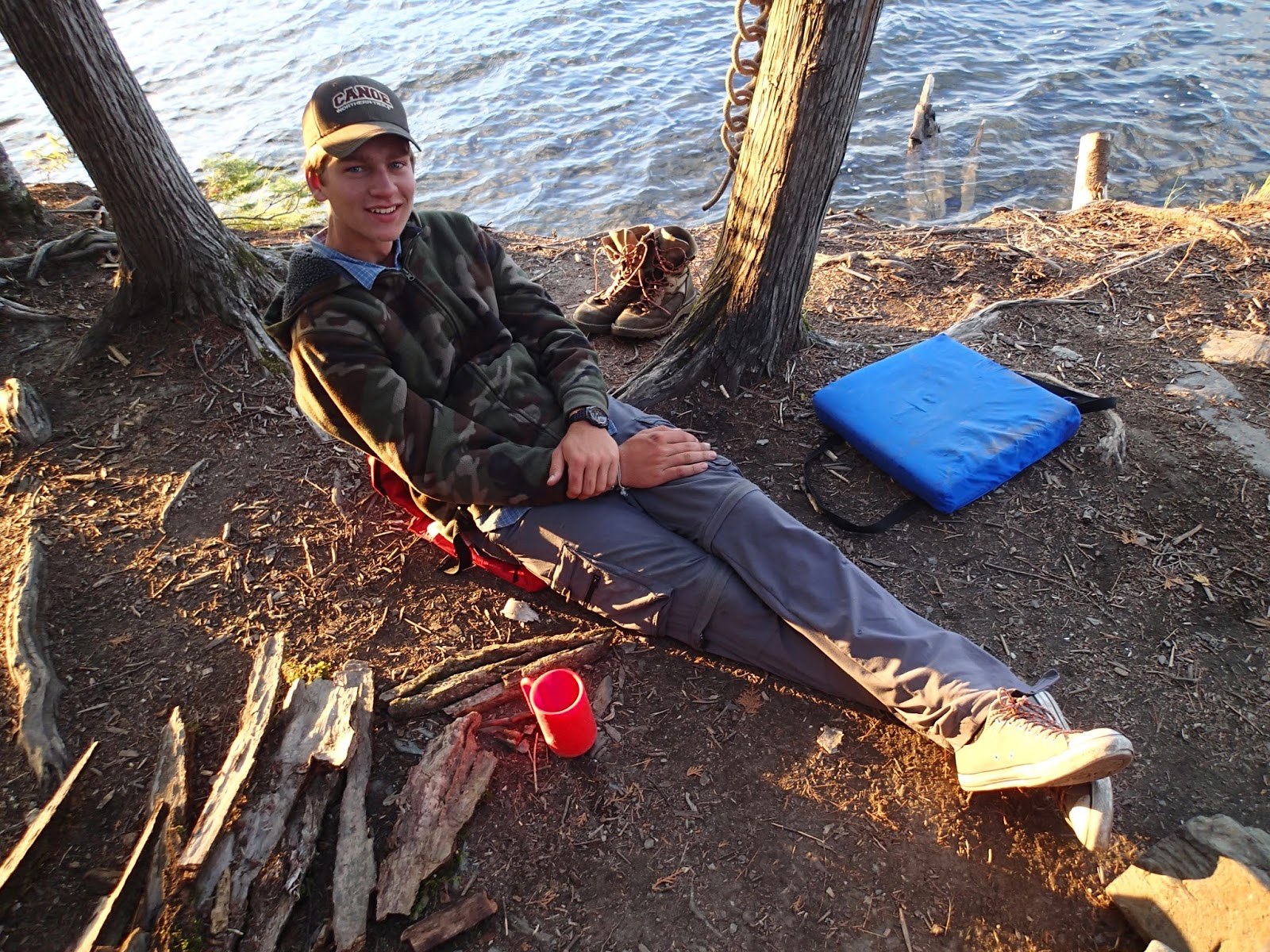 The last day we slept in until 5 and paddled through Ensign to Splash Lake. We set up on a rock for breakfast and did some fishing. I have named the rock blueberry rock, because it was covered in blueberries. We filled 2 nalgenes with wild blueberries in about an hour and had them with our oatmeal. We had time, so some of the scouts went and did some catch and release. They caught some nice Largemouth and a few Northern. We continued to base, finished the boring check in process and had a blast at Rendezvous. 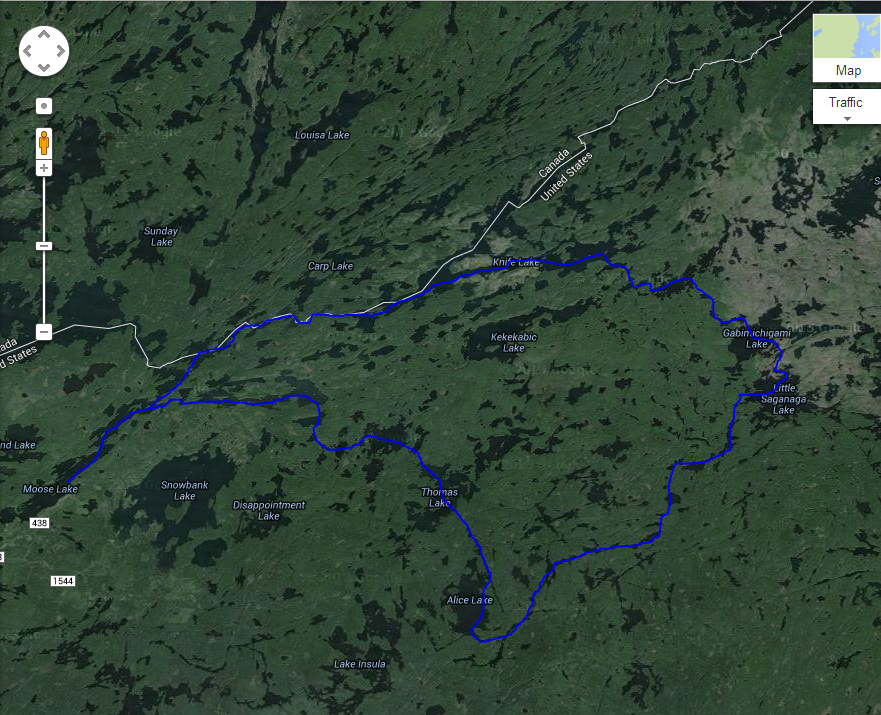 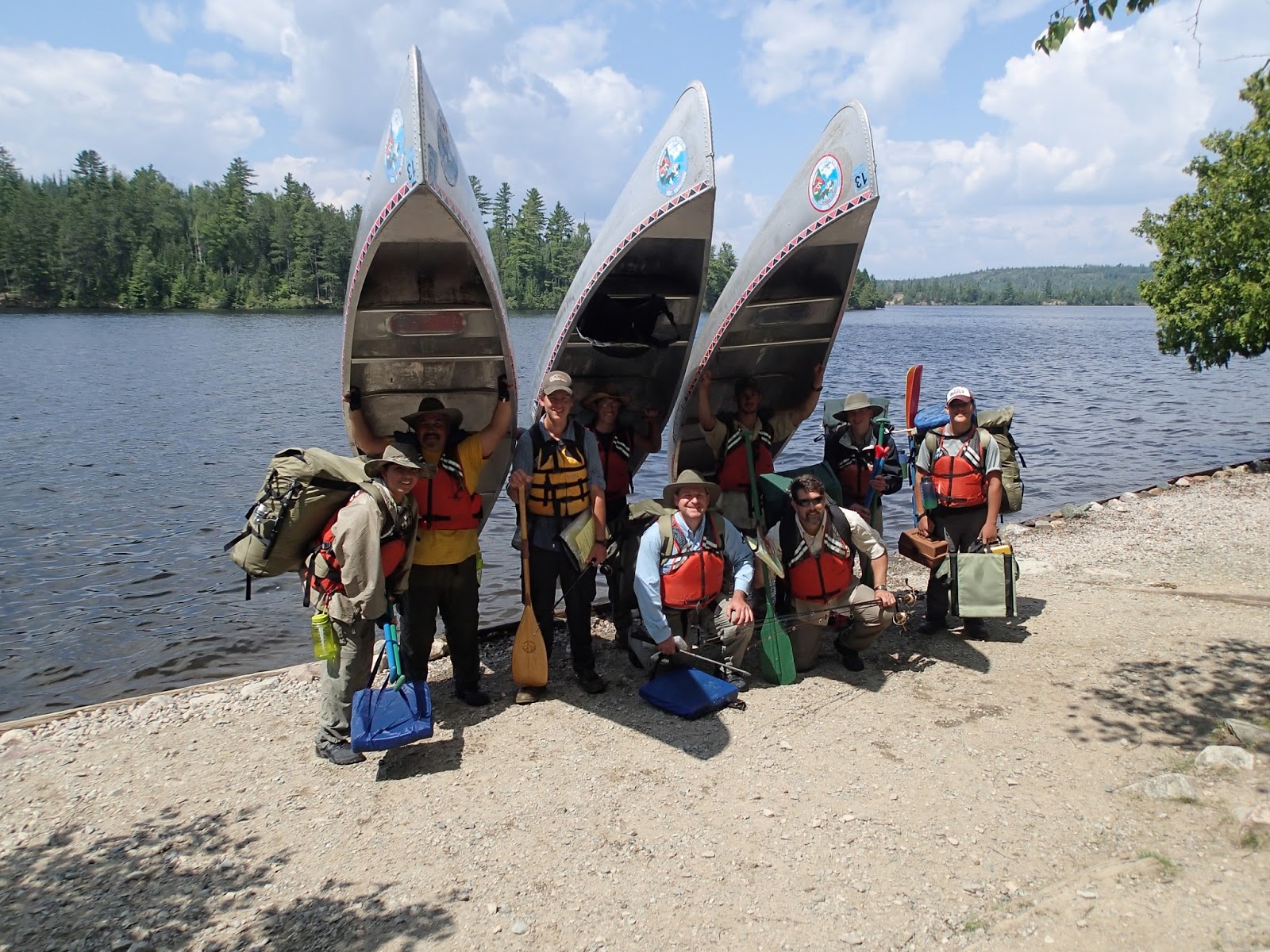