My last crew of the season came from Indiana. They were a really great bunch, but all of the scouts were young. Because of this, we decided to take a very portage-light trip. The first day we went up the Moose Chain to a nice campsite on Sucker Lake. Nothing really exciting happened that day.

The next day we headed over to Basswood Lake, and I started trolling as we paddled. That day I caught 7 fish on our 16 mile trip. 2 of them were big enough to eat, a 30 inch and 27 inch Northern Pike. One of the advisors also caught a smallmouth bass off of the shore of the campsite. We cooked them up and ate them with our dinner.

The next day we paddled over to take a look at Basswood Falls. It was more like a series of intense rapids, but it was neat anyway and we also found some berries. We continued paddling down Basswood into Pipestone Bay. We stopped for lunch quickly and then found a campsite. After setting up camp, we paddled a few more miles to go look at Pipestone Falls. Once again it was more like rapids, but it had a good 5 foot drop and was about 150 feet wide. Then we paddled back to camp to finish off our 17 mile day.

The next day we left Pipestone Bay, had one quick portage adn were back onto the main part of Basswood Lake. We got a really nice campsite in the middle of the lake on Norway Island. I caught a few more fish that day, including one 22 inch northern that we ate with our lunch. After setting up camp, we paddled out to do some fishing, but the wind had other plans so we weren't able to jig for walleye, but we did end up with a few more Northern. While some of us were fishing, the rest fo the crew found a raspberry patch. When we got back they had enough raspberries, so we made a pie to go with dinner

Then next day we went back through prairie portage to Newfound Lake where we set up camp close to base. Nothing really exciting happened this day.

The last day, due to their travel plans, we arrived back at base at 7:30 am to get all checked in. We got everything turned back in took showers and then they were on the road. It was a nice easy 60 mile trip. A good one to finish off the season. 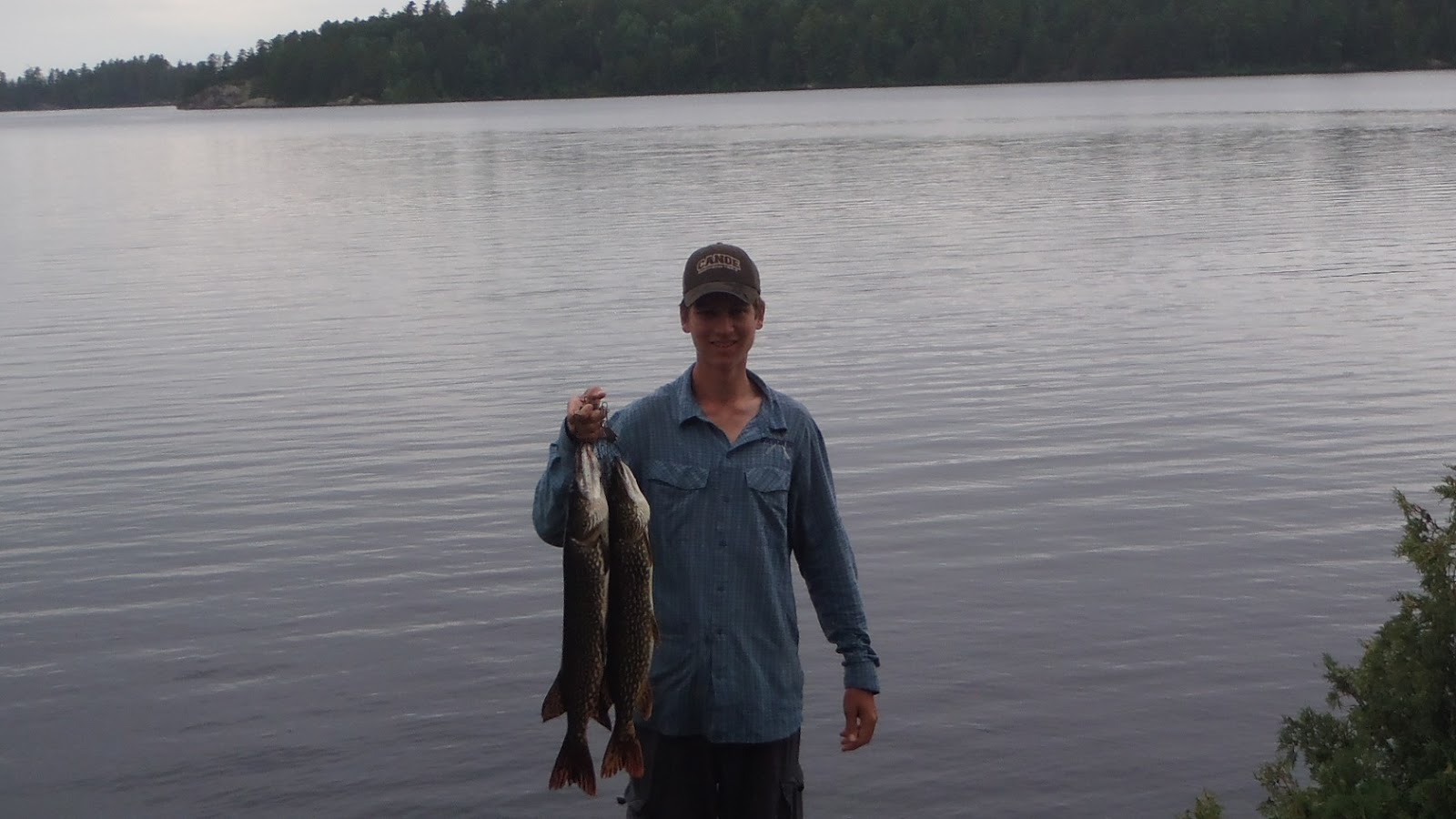 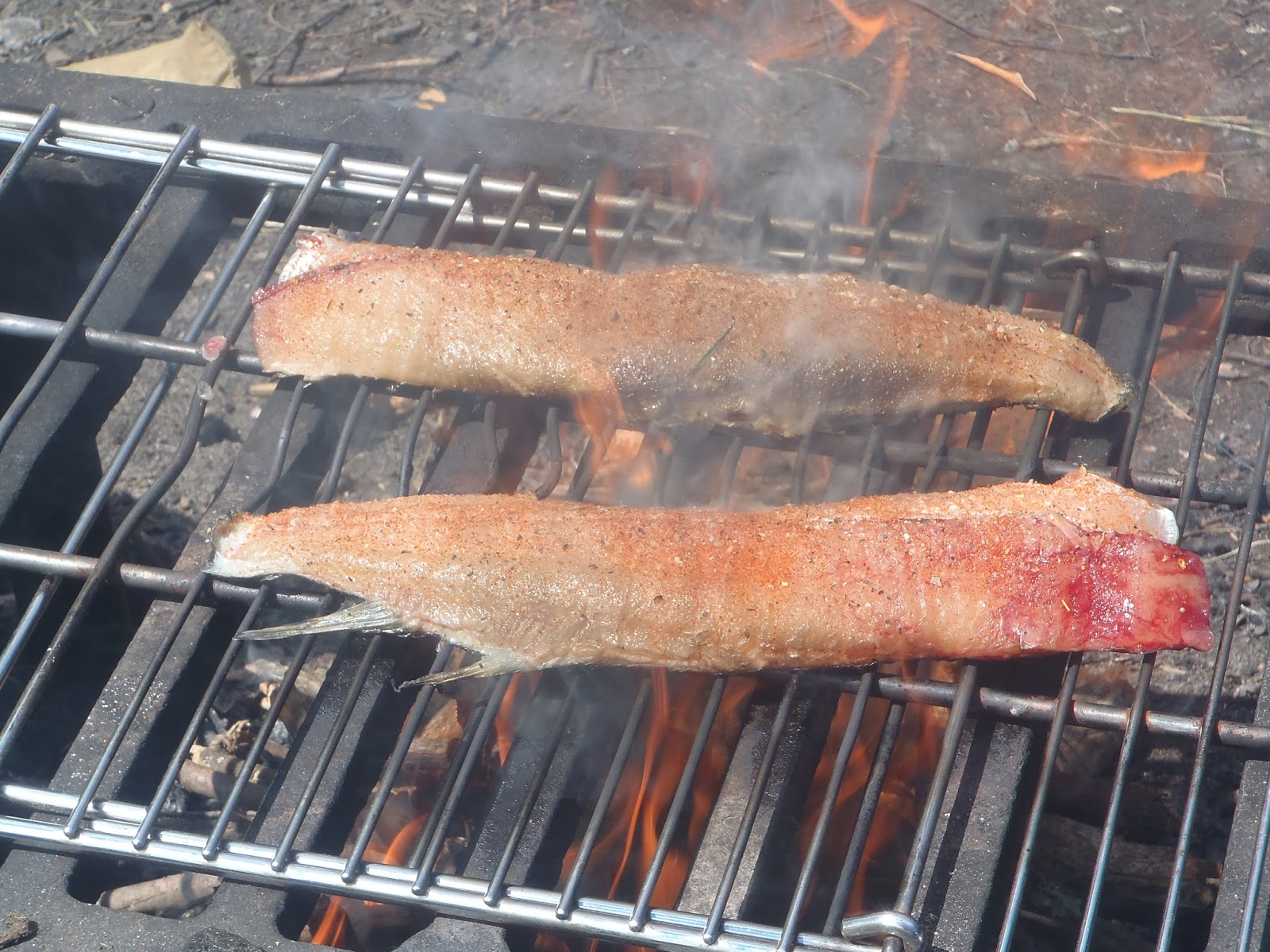 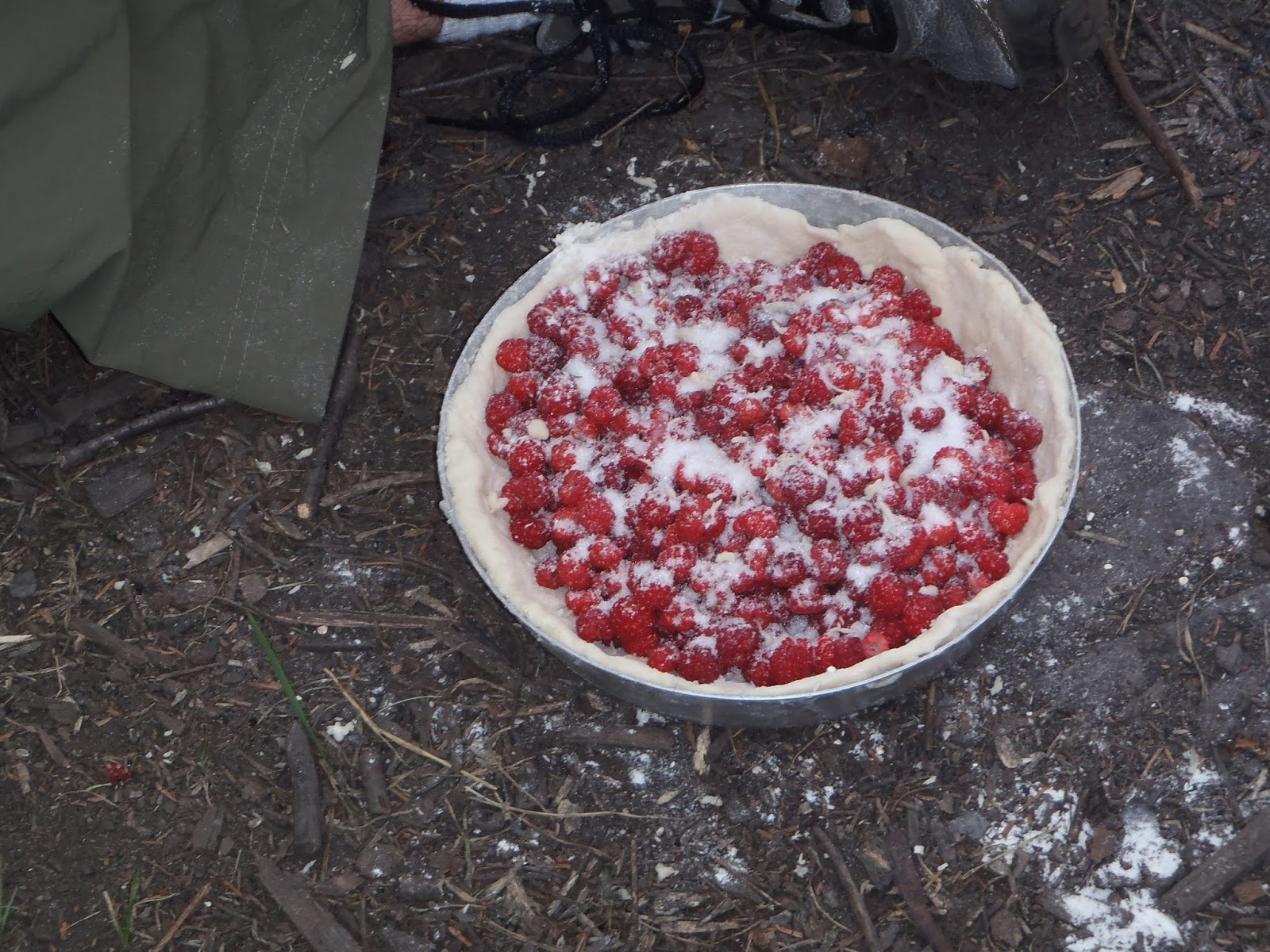